Looking into the future, if man was to discover alien life-forms with super abilities such as flight or X-ray vision, 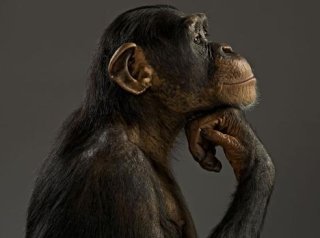 would we want to add those genes to our current DNA make-up to give humans a bit of an evolutionary push? Sounds like something out of a science fiction novel, don’t you think? Yet, currently underway in laboratories around the world, research teams our testing out whether human gene transplants in animals can improve their intelligence.

In a BBC report, correspondent Tim Maughan highlights a study published by Ann Graybiel and her colleagues at the Massachusetts Institute of Technology pertaining to the relationship between intelligence and genes.

Currently testing, these neuroscientists have genetically engineered mice with a gene (FOXP2) known to be linked to the human brain’s capacity to learn and process speech. Why? To see if this additional gene could improve the rodents’ ability to learn.

Sure enough, when the gene-added mice were made to navigate a maze in order to get a reward of chocolate milk, they learned the route faster than the mice that lacked the extra human gene.

Now, taking this type of evolutionary acceleration one step further, it begs the question how this added gene 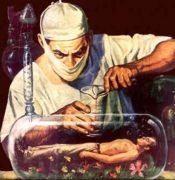 would enhance life-forms closer to our genealogical make-up, say, a “sapient” such as an ape or chimpanzee? Using the same technique applied to these mice, could man create sentient animals with levels of intelligence to rival our own – a concept known as “uplifting”?

Following up on my previous blog, titled, “If Apes Can't Talk, How Can They Dominate A Planet?” I documented the physical reasons why our primate cousins, the apes can’t talk, and referenced the Planet of the Apes latest sequel, “Dawn of the Planet of the Apes.” In that movie, the plot line pointed to a civilization of intelligent primates descended from test subjects altered by scientists looking to find a cure for Alzheimer’s.

So what does this mean for man playing god in animal uplifting going forward? George Dvorsky of the Institute for Ethics and Emerging Technologies, a think tank that focuses on the implications of future technology thinks there is a lot of work to be accomplished before we can take such steps. “As for more substantive, impactful augmentations, that's still a way off,” he says. “The kind of uplift that appears in science fiction will require technologies far more advanced than anything we have today.”

With all this research in progress, one might question why man wouldn’t benefit from implanting the genes of animals with abilities we are currently lacking? Like the hypothetical question I posed in my opening about implanting alien genes, it would seem to me, we just might not have to wait that long — as we could just as easily start the process with our fellow creatures here on earth, right now. For starters, couldn’t man perhaps gain the ability to fly, if we implanted the genes of an eagle or the ability to scale buildings à la Peter Parker in Spiderman?

If there is an ethical reason to uplift, shouldn’t the uplifting be done in both directions? Dvorsky said it best 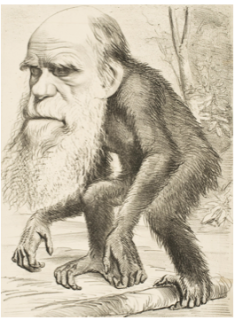 when he noted that “as the stewards of this planet, it is our moral imperative to not just remove ourselves from the Darwinian paradigm, but all the creatures on Earth as well. Our journey to a post-biological, post-Darwinian state will be a mutual one."

See you when pigs fly!

Even Pets Dream About Living The Life Of Luxury: Part 2, Toys & Accessories
Comments