The phrase "when pigs fly" has been in use for centuries to describe the
ultimate impossibility. Naturally that was long before man learned that
it was possible for him to fly. In the early days of aviation J.T.C.
Moore-Brabazon took his Voisin aeroplane aloft with a mad glint of humor
in his eye. That and a pig in a wicker basket strapped to one of the
struts. 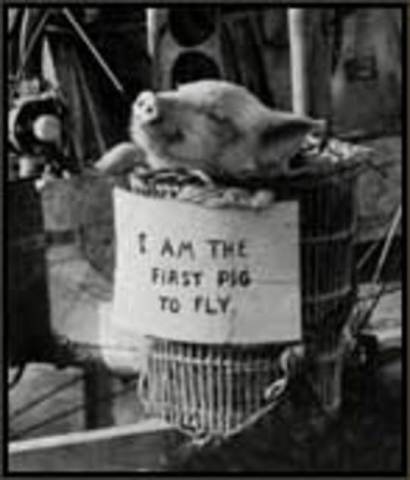 The First Pig to Fly

This all happened over 100 years ago on November 4, 1909, in Leysdown, Kent, England. In one short flight Moore-Brabazon proved that pigs could indeed fly. This incident is also believed to be the first time that livestock was transported by air. 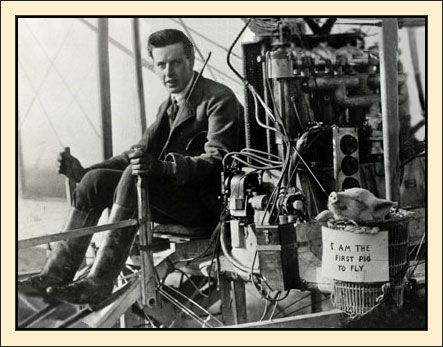 The First Pig to Fly

While the original story is little more than a footnote to history, author and illustrator Ian West took the story in a different direction. He named the pig Silas and retold the story from the pig's viewpoint. After his mother tells him that pigs can't fly things get set in motion. Silas is just lucky enough to be living on a farm where a man is building his own flying machine in the barn. Silas, the First Pig to Fly, is a great story to read to small children 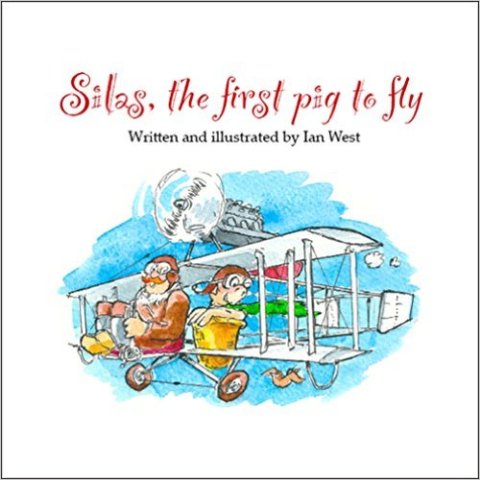 Silas, the First Pig to Fly

It is hard to believe that one anonymous little pig unknowingly became a part of aviation history and prove that pigs really can fly. They just didn't need to grow wings. To read the fictionalized story of Silas, the First Pig to Fly, click here.