Litter Genie, the poop-disposal system is riding the Internet craze of anthropomorphizing cats, and pushing the envelop yet one step further. From "Caturdays" to "LOLCats" to "ICanHasCheezBurger," today's online catgiest is all about herding cats into YouTube videos, blogs and Facebook fan pages.

But perhaps not since the days of TV's "Friends" when Phoebe Buffay first introduced here now famous classic "Smelly Cat," tune has anybody exploited one of the less tasteful (or should we say, "noseful") features of catlike behavior, namely their public restroom deposits!

Ad agency JWT New York is to be credited for the two YouTube viral videos they have produced to promote their client's solution for smelly cats the world over. Litter Genie Cat Litter Disposal system is easy to use and effectively seals in odor, makes clean-up quick and easy, hygienically aggregates litter clumps and reduces trips to the garbage.

But how exciting can you make litter disposal? Perhaps in a similar way that Tony 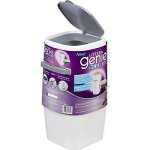 Soprano converted his "waste management consultancy" into a sophisticated business operation. While the mafia leader covertly concealed his enterprise as a cover for tax purposes, JWT has used Litter Genie's products as a launching pad for making felines way too sexy for their poo!

In their debut vid titled, "I Haz a Catnip in Mah Head," Walter and the Awful Pawfuls are introduced in a drug-induced ballad that is reminiscent of the Psychedelic '60s which many Baby Boomers today would be able to relate to. With lyrics like "the wizard kitty casts a spell (and) Litter Genie stops poop smell," JWT  and director Keith Schofield can drive their hard sell while entertaining LG's prospective customers at the same time. Its "feline magical mystery tour" is a throw-back to the Haight-Asbury days and those who are now part of the establishment. But in so doing, it allows for an appreciation of a sales pitch that appeals to one's inner-stoner.

"I Haz a Pie Row Tek Nik," their follow-up YouTube sensation which has amassed over 400K pageviews is an homage the grunge rock and 'pyrotechnics' era of the late 80s. Widening their customer base, JWT expands their demographic to now target the Boomers' sons and daughters.

With lyrics like "Buh-bye smellies," and "holds two weeks of poo. . . who knew?" Litter Genie is once again hitting the nail on the head while attracting what Adweek describes as "heavy-metal-loving feline" owners.

So what's the future for Walter and the Awful Pawfuls? Well apparently they've signed with Genie Records and JWT promises on their website that more videos are forthcoming in the coming months. And a micro-site on the Cheezeburger Network called "Cat Snaps" is promoting a photo-sharing contest where cat lovers can make their feline companions superstars!  So their future looks bright. Rock on you Smelly Cats! 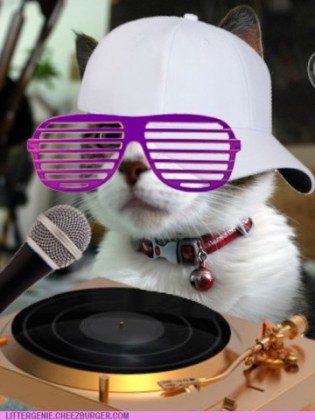 You can buy the Litter Genie system here.

Goodnight Woof! This Video Of The Day Is For You

This Kid Makes Some Good Points! The (Sort'a) Animal Video Of The Day!!!
Comments