One of the biggest films of the year has been Jurassic World, much to
the delight of the many dinosaur fans out there. To that end there is
now a Jurassic World Monopoly Game so that you can pretend to be a part
of the island attraction and buy up different parts of it. 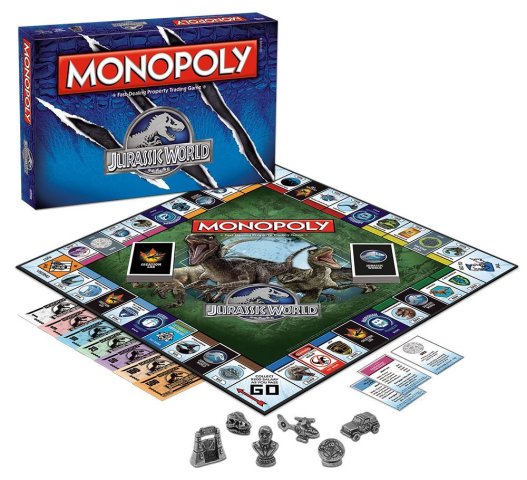 Naturally you play this game just like you do regular Monopoly, but instead of properties you collect dinosaurs along with their attractions and paddocks. The only four spaces that remain the same from the original game are the corners -- Go, Jail, Free Parking, and Go to Jail. Instead of Boardwalk the big thing to own is that incredible creature, the Indominus Rex. 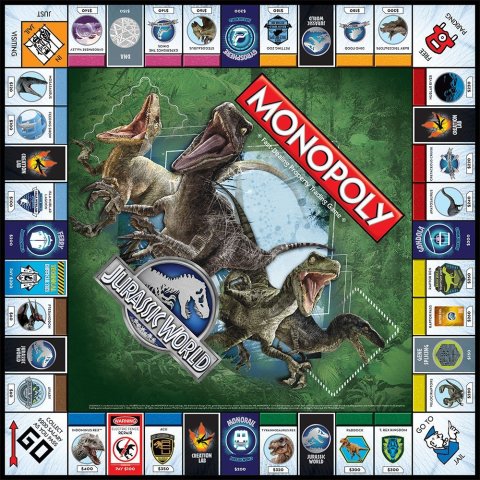 The playing pieces are Mr. DNA (the cartoon DNA sequence), the iconic Jurassic Park gate, a helicopter, a T-Rex skull, a tour jeep, and a bust of Jurassic Park founder John Hammond. The houses and hotels look the same, but they have been renamed fences and enclosures. Okay, that one bit is kinda lame, but the rest is cool. Even the money has been turned into dino-dollars of a sort. 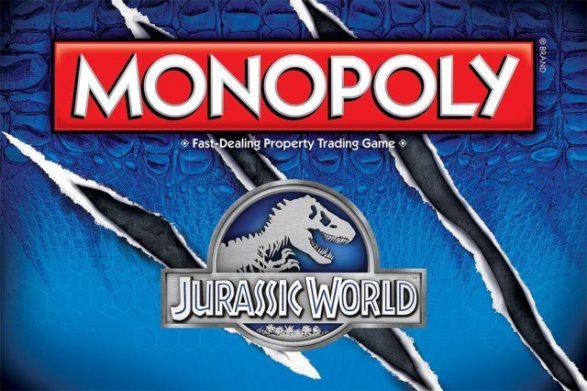 The dice are also cool. They aren't the usual white with black dots. These are made to look like amber and the number one is a black mosquito instead of a dot. So apparently we are provided with additional dinosaur DNA just in case. LOL.

To order a Jurassic World Monopoly Game for your family this Christmas, click here.

Optical Illusion Sweatshirt Puts A Kitten In Your Pocket

Get Crabby About Your Small Valuables
Comments