Rock-throwers at the Wuhan Zoo in central China obviously haven't heard the old maxim, “elephants never forget.” The lesson was reinforced recently when 13-year-old Ahai got fed up with being pelted with stones, mud and plastic bottles by moronic zoo visitors and decided to return the “favor” in kind. 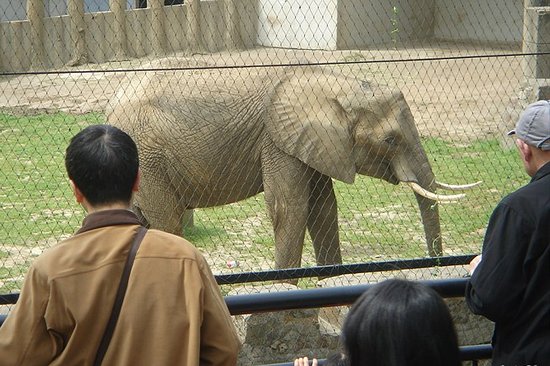 The incident took place at around 10am when a male zoo visitor let fly with a stone. Ahai (above and right), one of two African elephants sharing the enclosure at the Wuhan Zoo, had evidently reached the breaking point. Curling a stone in his trunk, he flung it towards the ill-mannered crowd. Unfortunately, Ahai's aim was off and the stone hit a young girl in the forehead. The  surprised crowd fled the scene while the girl, screaming in pain, was taken to the local hospital with minor injuries.

It's interesting to note that the wall of the Wuhan Zoo's elephant enclosure was also raised – to a height of 3 meters (9.84 ft) – following a 2007 incident in which Ahai turned the tables on stone-throwing tourists by “returning” their “gifts”. Elephants never forget... and some people never learn. (via M.I.C Gadget)

A Pet Feeder With Facial Recognition: The Mookkie Bowl
Comments