A swan in western China woke up to a real life nightmare recently: sub-zero night temperatures had caused its beak to completely ice over! Thankfully this story has a heart-warming (not to mention beak-warming) ending. 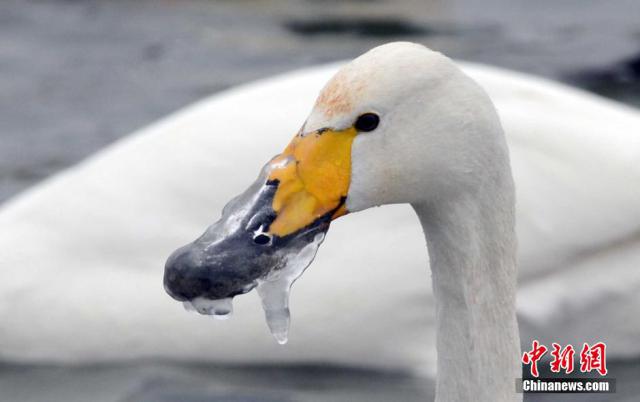 The swan frequents a pond near the Peacock River in Korla, a city of under half a million located almost exactly in the center of China's western Xinjiang province. Korla enjoys hot summers but also suffers through winter weather that can be bitterly cold. The night before the swan's plight was discovered, temperatures had dropped to -7.0 °C (19.4 °F).

The next morning, a 27-year-old Yong Hsieh and his wife ventured down to the shore of the pond. “My wife and I had been having a coffee in one of the riverside cafes when we decided to take a stroll along the river and feed the ducks,” explained Yong to a reporter from Central European News. 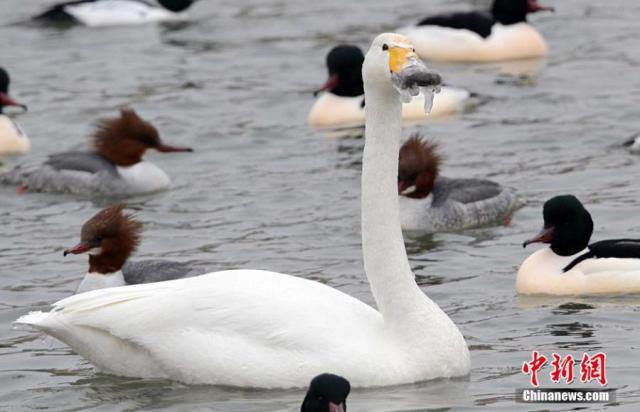 “As we walked towards them, we saw the swan but as we got closer we noticed its beak was covered with ice.” Yong and his wife tossed some bread into the water “but the swan couldn’t even open its beak.” The Yongs alerted local authorities who in turn dispatched members of the city's Swan Guard, whose duties include feeding swans in the winter and responding to swan-related emergencies... we kid you not. “We think it must have happened when she fell asleep with a wet beak,” stated Swan Guard Sheng Liang, who was able to gently capture the swan and place her in a nearby “swan house” used for treating birds that are sick or have been injured.

Once inside the heated swan house, nature quickly took its course and after snapping up a special fish snack provided by the Swan Guard, the swan was returned to the pond. “It's lucky that we were informed,” stated Sheng, “because in these temperatures it's very unlikely that the ice would have melted if she had stayed outside.” The only question remaining is... who gets the bill? (via Shanghaiist and NetEase)