Last week, a chicken farmer in Ledyard, Connecticut called the police after discovering that a huge, exotic reptile had invaded the chicken coop… 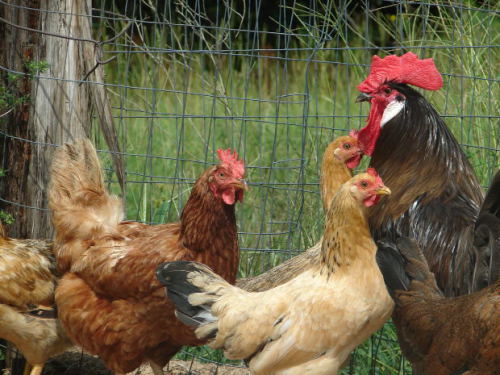 Although the concerned citizen initially thought that the creature attacking the defenseless chickens was an American alligator, it was in fact, an abandoned or escaped pet monitor lizard. Unfortunately, the massive marauding monitor had to be put down by an officer on the scene to protect the remaining chickens, the town’s animal control officer and the other responding police officers. 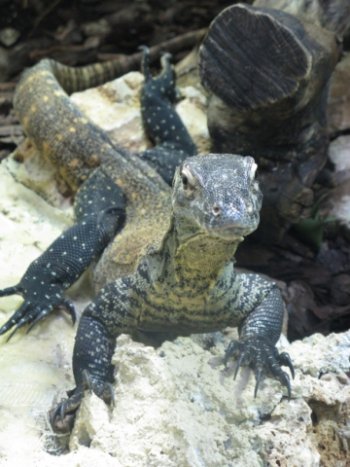 There have been numerous reports of an alligator or some other large reptile in the area for several months, but at least the citizens of Ledyard can rest easy knowing that the lizard will never bother their livestock again. Monitor lizards are illegal to own in Connecticut, can grow to six or seven feet long and are extremely strong and aggressive reptiles. Unruly monitors are known to showcase their aggression onto their owners by biting, scratching and whipping their tails to cause savage injuries. Naturally, Connecticut law enforcement discourages residents from owning monitors and other large lizards as pets. 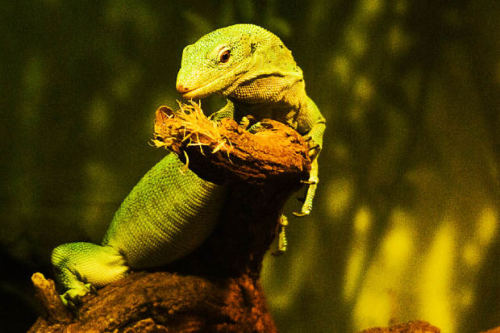 As gruesome as this might sound, it might have been better for the lost lizard to have been taken out well before the coming winter had a chance to slowly starve the beast. Poor thing… 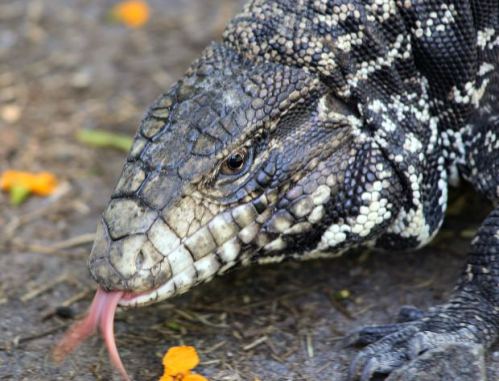 Normally native to Africa, Asia and Australia, these super predators consume a varied diet of bugs, birds, frogs, fish, eggs and any other animal that it can get their jaws around.