While Joe Francis of the infamous "Girls Gone Wild" fame is known to be interested in the animal kingdom (see "Sea Lions Gone Wild (Hopefully Humanely)") thankfully he has nothing to do with the "wild ponies" of Virginia and their annual swim from Assateague Island to Chincoteague Island. 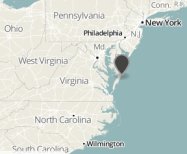 On July 24, 2013, the annual pony swim, now into its' 88th year heads up a week-long series of events on these islands designed purposely to thin out the herd, which numbered 150 prior to the swim. Culminating with an auction of the foals, the proceeds help benefit the Chincoteague Volunteer Fire Company.

History traces these famous ponies back to Arabian horse lineage. As the story goes, they were the sole survivors of a shipwrecked Spanish galleon that landed on the shores of the island inlet about 1520 A.D. 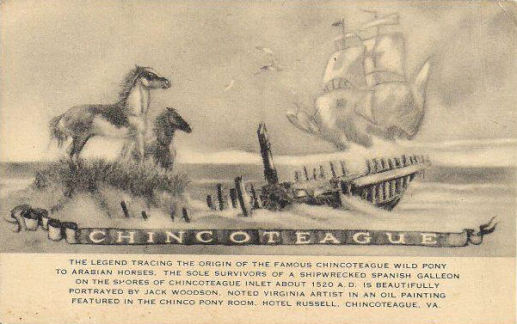 The dramatic event while helping to reduce the pony population protects both the herd and the fragile ecosystem of these barrier islands. Unfortunately this year, the ponies not only had to brave the channel but also had to incur the wrath of a 'freak' thunderstorm aided and abetted by a full moon and a high tide.

With thunder booming loudly and lighting crashing overhead, both the ponies and the thousands gathered to witness their crossing had to endure the threatening storm. However Mother Nature did not derail the annual celebration even though, "it just seemed like it came out of nowhere," noted Denise Bowden, vice president of the fire department.

These crossings has seen rain before, "but nothing like (this) weather," Bowden said. Encouraging the onlookers who came from all over the U.S. to remain cool, calm and collective, Bowden bellowed into her loud speaker: “The mud will wash off -- the memories will last forever.”

This annual swim has been popularized by Marguerite Henry’s 1947 in her novel “Misty of Chincoteague,” which was later made into a movie.

This year, the ponies also faced that high tide brought on by the full moon, according to Saltwater Cowboy Tom Clements, who has been shepherding the ponies across the channel since the 1970s. “This is as high as I’ve ever seen," he noted. “It was a little dangerous,” Clements added, noting that he wasn’t sure which direction the storm was moving.

No ponies were hurt, however according to Bowden -- but a few of the cowboys’s horses suffered cuts on their legs from sea shells. “Outside of the weather, it was a perfect swim,” she said.

The ponies however are used to inclement weather having successfully braved the tidal surges caused by Hurricane Sandy the previous year. With no lives lost, they like their brethren, the 'Wild Horses of Corolla' who reside on the Outer Banks of North Carolina come from hardy stock [for more on them, see "Corolla Wild Horses (Immigrants Since 1500s). . . "]. 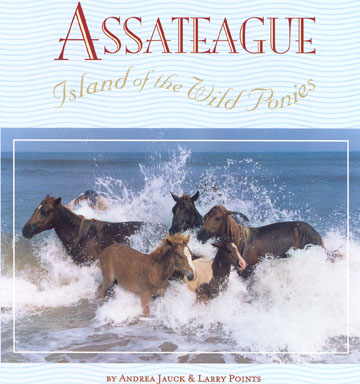