That’s right, gamers: You can make the world a better place for our animal friends by meeting certain challenges set in the newest installment of the hit videogame franchise Zoo Tycoon recently released for the Xbox One and Xbox 360. Pass the controller, it’s time to save the planet! 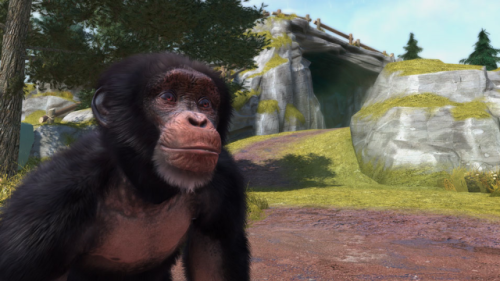 Zoo Tycoon is an open ended sandbox styled videogame that allows players to create, design, populate and maintain a zoological park with your favorite animals. I’ve been a fan of the series ever since the original 2001 PC title, but UK developer Frontier went above and beyond to create the ultimate zookeeper’s dream game.

Microsoft will team up with animal-friendly causes and zoos for regularly updated in-game challenges for aspiring Zoo Tycoons to achieve, such as “The Barbary Lion Dilemma”. Once a player releases 50 Barbary lions into the wild (a subspecies of African lions that are currently extinct in the wild), they complete the challenge. Once enough players complete a challenge, Microsoft donates money to the associated conservation organization. You have fun playing with zoo animals, real animals get the funding they need… Everybody wins! 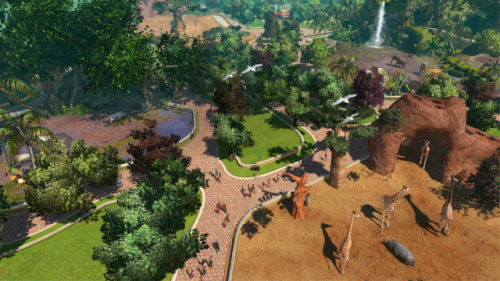 If you have an Xbox One or Xbox 360, you can download the demo for Zoo Tycoon right now, and the full version is now available on Amazon, retail Microsoft stores, and for immediate download via Xbox Live. It’s an absolute treat to see the glorious return of Zoo Tycoon, and from the fun that I had setting up a habitat for Nile monitor lizards, playing with grizzly bears and teaching guests about energetic macaws from the Xbox One demo, I’m certain that gamers and animal enthusiasts alike will easily meet and surpass the goals that Microsoft and their conservation partners have set for them.