That's not a lost pet, THIS is a lost pet! Manuela, a red-footed tortoise and beloved pet of the Almeida family of Rio de Janeiro, went missing in 1982 but she didn't go far: the family finally discovered her in a furniture-choked attic room having survived on termites for over 30 years. 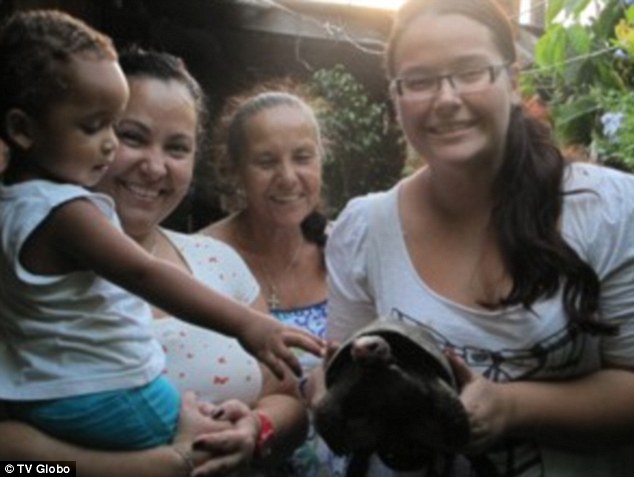 The surprising story currently making the rounds of the world's mass media isn't exactly new, having originally been broken by a Brazilian website back on January 24th, 2013. We'll revisit the original post from Globo 1 to learn what really happened.

“I thought she had fled because the mason who did the work of the house left the gate open,” explained the owner of the tortoise, Sueli de Almeida. The family asked around their neighborhood but no one had found a “runaway turtle”, and eventually poor Manuela was consigned to the realm of memory. 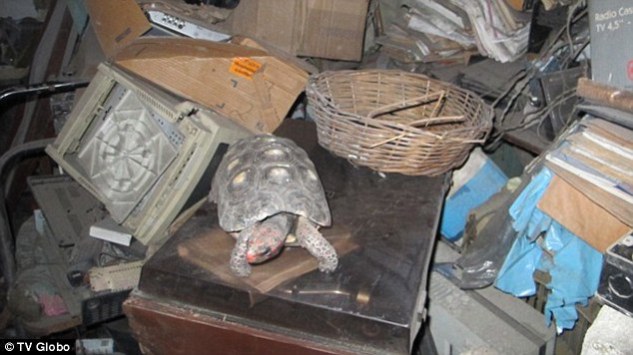 Life went on for the tight-knit family from Rio's West Zone and patriarch Leonel Almeida continued to salvage furniture and electronic equipment he found abandoned on the neighborhood streets, stowing it in an upstairs bedroom. When Leonel passed away in early January, his family saw a long-awaited chance to clear out the mass of mouldering furniture.

As the family, their friends and neighbors sorted through the hoard, consigning much of it to the trash, one of the helpers asked Leonel's son Leandro “Will you be throwing out the turtle too?” Leandro looked inside the trash bag and, as he recalls, “At that moment, I turned white and could not believe it.” 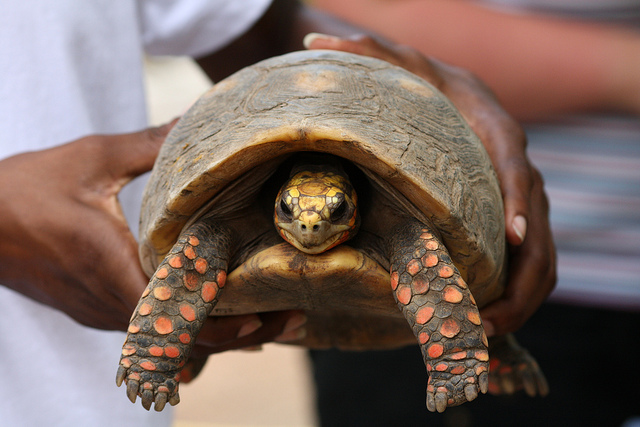 How did this pet manage to survive over three decades without being fed food or water by the family it shared living quarters with? “In nature, they (Red-footed tortoises of the species Chelonoidis carbonaria, shown above) eat fruit, leaves, feces, and dead animals,” explained Professor and veterinarian Jeferson Pires. “Despite the adverse conditions, they can last quite long – as much as two or three years – without eating,” he added.

Two or three years is one thing, THIRTY years, on the other hand... it seems the Almeida family can thank their passed-on patriarch Leonel for Manuela's unlikely survival. The hoarder's collected furniture proved to be an irresistible treat for countless wood-eating termites and it's thought Manuela derived sustenance from nom-nom-nomming on wayward termites. What, you thought she raided the fridge while the Almeidas slept? (via Globo Comunicação e Participações S.A., photos via Perla Rodriguez / TV Globo and Mark Stevens)