I hope you're checking your pets for ticks this summer.
It's been a whopper so far for fleas and ticks, and especially if your pets
spend time outdoors, they're exposed to plenty of the beasts.  I used to use a
tweezers to remove ticks from my dog, but I've found something even better,
called the Tick Key. 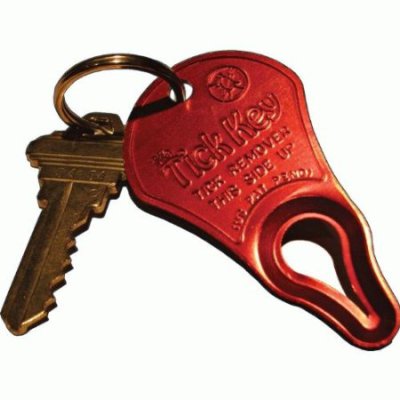 Apparently, even if you think you've successfully removed
the tick with tweezers, the tick's head might still be left under the skin.  And
worse, a tick can be agitated by a tweezers and throw up its stomach contents
into its host with all the diseases that the tick carries.

The Tick Key, however, removes the entire tick smoothly,
without agitating it.  It uses a press and slide method, which doesn't involve
squeezing the tick.  Just place the opening around the tick, press down slightly
and slide the tick off.  Voila!  And it works as well on people as it does on
animals.

The Tick Key won Good Morning America's pets' best health product in 2009; since then, the Tick Key, sold in 18 countries, has won another pets' best product award in Belgium.

According to the manufacturer of Tick Key - she and her
husband both have had Lyme disease and her dog was infected with another disease
from a tick - there are more that 850 species of ticks all over the
world carrying different diseases.  Amazon's customer reviews have been terrific too; they really rave about it, although
one customer tells readers that for common ticks that most animals get, the Tick Key works well, but it
is too large for the tiny 'deer tick.' 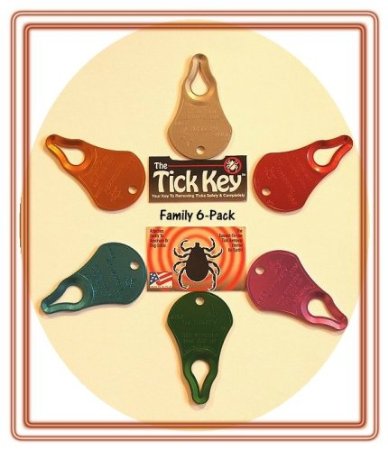 Designed to fit on your key chain or your pet's
collar, it's not a bad idea to outfit every pet and person in your family with
the Tick Key. Available at Amazon.com.

An Infinite Supply Of Pusheen
Comments