Much Ado About Mothing: Moths Finally Getting Attention

Some years ago, one of the partners here at the law firm I work for  told me of his recent trip to Greece with a stop to visit  "The Valley of Butterflies."  I said I had heard of the place and that the butterfly he saw  was actually a species of moth called the the Jersey Tiger Moth that congregates on the trees there in a manner similar to the famous Monarch aggregations in Mexico. Well, he was clearly taken aback and perhaps felt he had been hoodwinked by the Greeks who surely understand that  "The Valley of Moths" is not going to be a top ten tourist attraction. But should it be that way?  The Jersey Tiger Moth is every bit as colorful as the Monarch and much more colorful than many  butterflies. 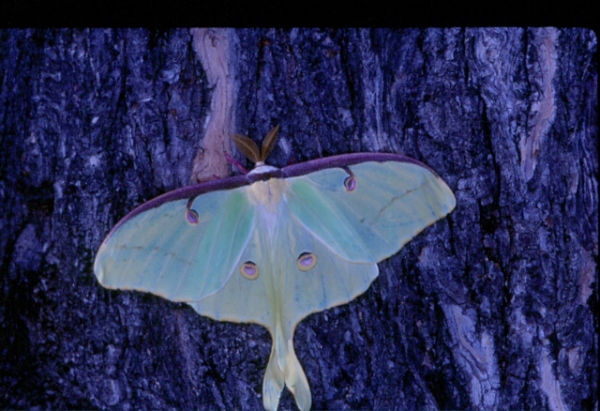 In any event, the families of moths that we call moths, that is, non-butterfly moths, are growing in popularity. I have noticed this progression:  some birders who have seen all or most of the birds that they can reasonably expect to see within a few hours drive, become buttefly watchers as well.  After a few years, when they have seen all or most of the butterflies they can expect to see within a few hours drive ,  some of these butterfliers become moth watchers,  aka "mothers," not to be confused with female parents. But once you become a mother, you are a mother for life because you will never be able to see all, or even most of, the moths in your driving range.  Just for comparison, there are roughly 800 species of butterflies in the USA (or should I say moths we call butterflies) but there are over 10,000 species of moths. 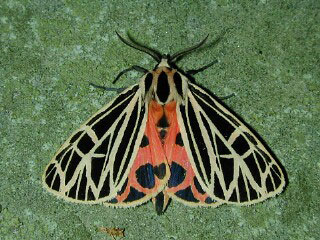 But whatever they are called, moths are attracting a large and dedicated following. There are now organized moth walks, a National Moth Week  (declared back in July with worldwide participation), a recently released Field Guide to Moths by David Beadle and Seabrooke Leckie in the Peterson series which features images of living moths in their natural positions (as opposed to pinned specimens) and terrific online sources all the way from the Moth Photographers Guide which covers every species in North America to Steve Walter's guide to the moths of  a single location in NY and John Himmelman's Moths of a Connecticut Yard.

The odd thing, and a sad note, is that this new-found enthusiasm for moths coincides with a dearth of  professional Lepididopterists able to identify the legion of obscure species or describe the many species that we know have not been named yet.  Even in a place as well-studied as the pine barrens of New Jersey there are species of moths that have yet to be formally named and described even though Lepidopterists are aware of their existence.  As with seemingly everything else in life, the problem is money.  Funding for major museums that employ Lepidopterists gets cut more and more each year.  Without funding, and with no new positions being created, no young students have the incentive to become professional Lepidopterists. As Dave Wagner of the University of Connecticut recently wrote in the News of The Lepidopterists' Society:  "Before long it may be hard to find a curator or a professional Lepidopterist who can train students..,. describe species, author a taxonomic catalog, revise a genus or curate a collection."

I hope that never comes to pass and trust the wonder of these beautiful animals will continue to attract an ever wider audience. As more and more people come to appreciate moths, their importance for the health of our forests, other natural areas, and the entire eco-system will serve as a focal point for government and private support for moth studies.

Images used with permission of Harry Zirlin and Steve Walter.

Educational
Moths
Science
Wildlife
What Is A Tree Weta? The Creepy Animal Video Of The Day!!!