Love Cuddling Wombats? Have Tasmanian Tourism Officials Got A Job For You!

“Must love wombats” is one of several requirements tourism officials in Tasmania, Australia deem essential to the “job” of Wombat Cuddler. If you think you've got what it takes to soothe this not-so-savage beast, then get the devil to Tasmania, stat! 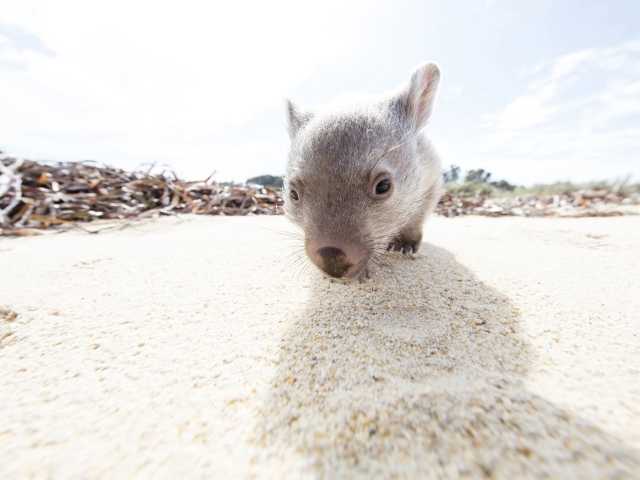 Tourism officials in Tasmania, Australia's smallest, most-southerly and only island state, want you... to cuddle their wombats! Since the average joe or jane doesn't know a wombat from a dingbat, let's just state that the critter in question is a short-legged, furry, rodent-like marsupial that enjoys protection from the nation's environmental agency.

And by "critter", we mean a single solitary wombat - named Derek - who was orphaned after his mother was hit by a car on Flinders Island, just northeast of Tasmania proper. Eight-month-old Derek craves affection whether it be from a wombat or a human, and as neither are found in great abundance on the island, tourism officials decided to create a job opening to find "top level cuddlers". 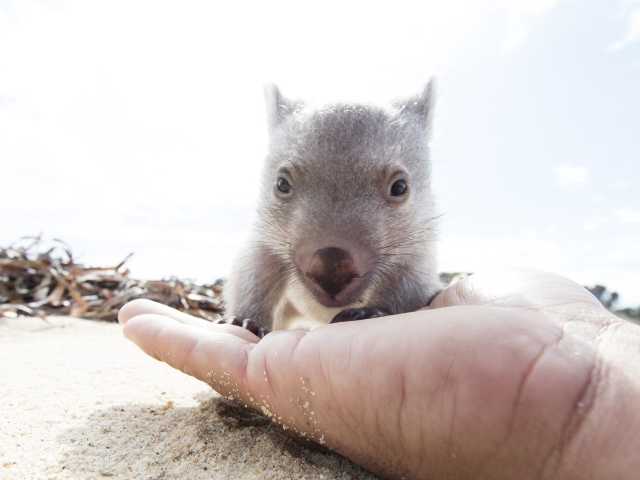 Besides the enviable title of Chief Wombat Cuddler, the winner will receive a free flight to Flinders Island for him- or herself plus two adults, three nights accommodation on-site, a voucher for four days of car rental (watch out for wombats!), and last but not least: all the cuddle time they (and Derek) can stand!

Not anyone can be a Wombat Cuddler, mind you, and applicants must satisfy a set of strict requirements: they must  be over 18, reside in Australia, and compose a short (under 25 words) essay indicating why they deserve to be Tasmania's first and only Wombat Cuddler. The dealine for entries posted at the Tourism Tasmania website is April 16th of 2016. Don't delay: at press time more than 2,000 entries have already been received. 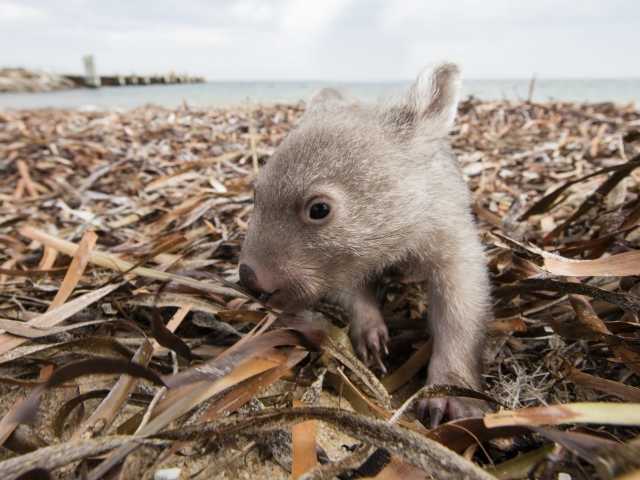 In the meantime, young Derek is receiving plenty of basic care, food and attention thanks to Kate Mooney, known locally as "The Wombat Lady of Flinders Island'. It was Mooney who came across Derek after he lost his mother in an auto accident back in December of 2015. Mooney knows her stuff, having cared for over 100 wombats placed in similar situations to that of Derek. 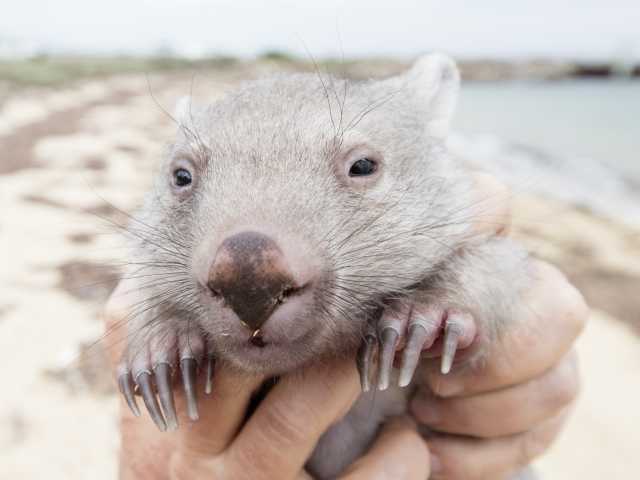 “The idea for the competition was spontaneous," explained John Fitzgerald, CEO of Tourism Tasmania. "When the video of Derek went viral on social media, it provided us with a perfect opportunity to keep people talking and thinking about Tasmania. The competition idea came from one of our own staff, and our social media team quickly picked it up and ran with it." If you want to pick up and run with Derek himself, get your entry in and hope for the best! (info and images by WENN and Sean Scott Photography)