Keep Your Hands Warm With The Predator vs. Prey Mittens

Dogs go after cats, wolves go after sheep, and puppies go after kittens--or so they say. These groups of animals don't normally get along, but that doesn't mean they won't make a fun pair of mittens.

When you first see these mittens, you might think that they're mistakenly paired together because they're obviously mismatched. But if you look a little closer, you'll notice that they're more of a match than you think. For example, one set of mittens feature a dog and a cat. 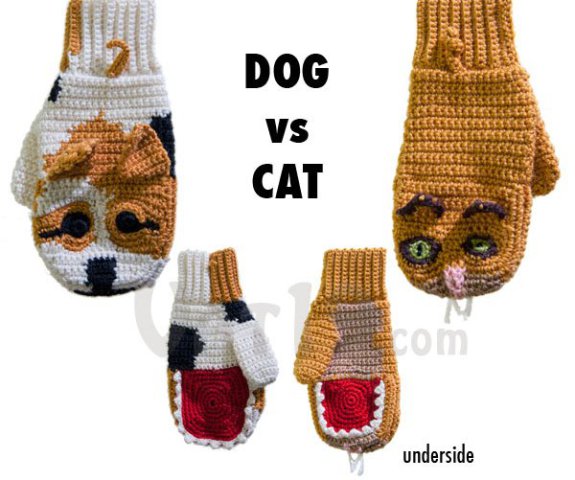 Another features a wolf and a sheep, while the version knitted especially for kids features a puppy and a kitten. You can say opposites attract because you'll have the predator on one hand and the prey on the other.

The mittens themselves are made from an 80/20 blend of wool and acrylic yarn to ensure that your hands will be kept warm and snug comfortably. 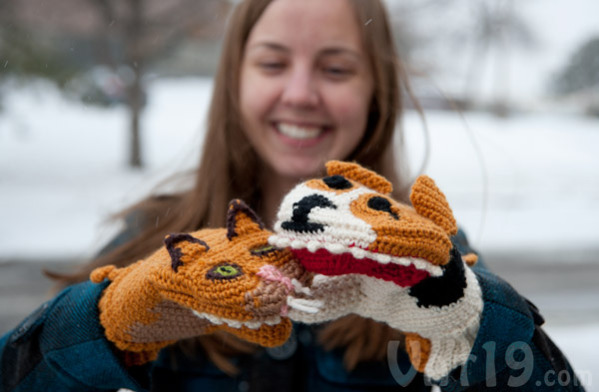 You can get these adorable Predator vs. Prey mittens for around $29.99. The child version is available a few dollars cheaper at $27.99. Which pair do you like best?

Update: I just found Predator vs. Prey mittens featuring an Owl and a Mouse as well. You can take a look at them here.

May The Forest Be With You This Father's Day
Legendary White Ravens Are Real, Really