Romantic Bali, the island of love... hot monkey love, it seems! A nubile young Taiwanese girl found that out firsthand (actually, first paw) while visiting the lush Indonesian island on a sightseeing tour. Both the tourists and the local wildlife ended up seeing more sights then they'd bargained for, as it turned out.

Y'know those signs and advisories which read “Don't feed the animals”? They're there for a reason, mainly being that animals can't tell when feeding time stops or whether food kept in pockets is fair game for foraging. 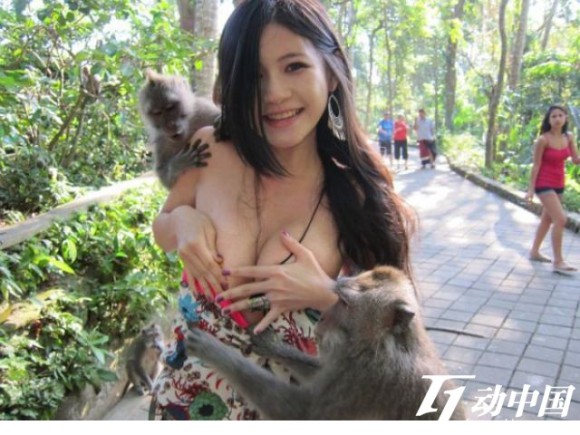 In addition, animals don't wear clothes (unless they're somebody's pampered pooch or overly fussed-over feline) and consider such adornments to be superfluous to their food foraging ways. Wearing a loose-fitting halter dress to a tourism hot spot (a) frequented by monkeys who are used to humans and (b) who have become used to being fed by said humans is just asking for trouble – and the young lady we feature got what she asked for. More trouble than a barrel of monkeys, in fact. 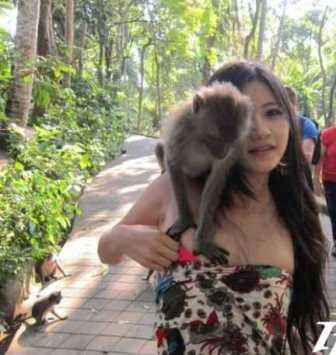 Her experience (as first told in a post at her personal blog) began when she was feeding a pair of monkeys corn flakes and a few fell into her dress. One sharp-eyed monkey perched on her shoulder reached in from above while his wing-man pulled the girl's skirt down from below. The tag-teamed girl could have used a few extra hands (and at least one less monkey). 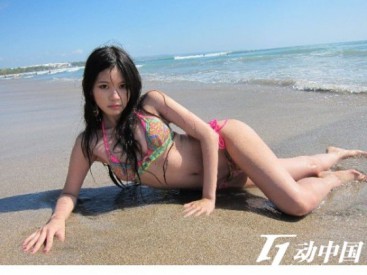 This story comes to a happy ending for (almost) all concerned since the monkeys had no ulterior motives and were after flakes, not flesh. As for the unnamed girl, once photos of the monkey mauling went viral online some of her other posted pics (above) did the same. 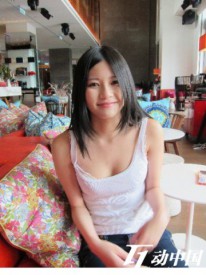 Was this really an innocent mishap of was it orang'd from the get-go? We guess it's just a gibbon that the chimps will fall as they may in these matters, and somebody looking for some extra publicity is wise to augment the mandrill images of their many admirers. If you appreciate beautiful women, one might say it's a baboon for everyone. (via Weird Asia News and Taiwan Pop)