Japan's latest internet animal superstar, a pleasantly plump hamster, may be cute but he's also cool. You'd be chilling out too if you were laying face down on a slab of marble but unlike most regular folks, the petite but porky pet has the ability to assume a delightful pastry-like shape that exposes more of his bulk to the block. 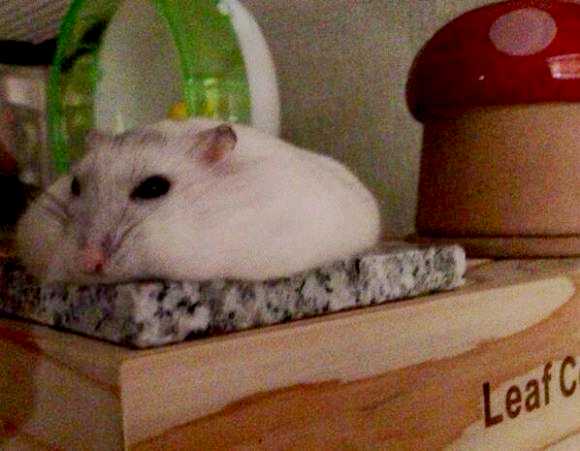 Believe it or not there's a method to this madness. Made by SANCO and sold at Amazon Japan as “Ryokan Dairiseki” (Cool Feeling Marble), the Size Small 90 x 90 x 10mm (3.6 by 3.6 by 0.4 inches) stone was probably inspired by the way wild hamsters and other small mammals keep cool in their natural habitats... by sprawling on rocks. 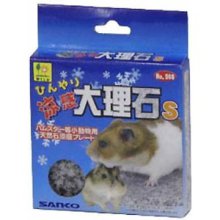 Since both natural rock outcrops and SANCO's Cool Feeling Marble slab are poor conductors and storers of heat, they take a long time to warm up to the ambient temperature of the surrounding environment. Fortunately for your furry friends, what works in the wild is also effective in your living room.

Now the average hamster resting on a marble slab isn't all that cute but this particular pet is a special case. The rounded rodent rather remarkably resembles a Daifuku, a popular and traditional Japanese dessert and/or snack made with mochi (glutinous rice paste) and stuffed with various sweet fillings. We're totally expecting some net-savvy baker to begin posting pics of their homemade, smiley-faced Hamster Daifuku any time now, btw. 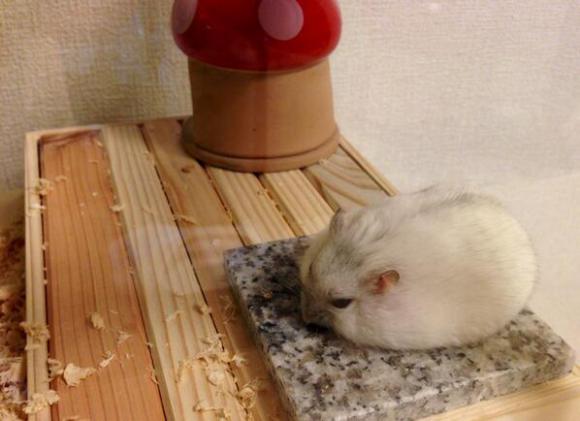 But we digress. Amazon Japan seems to be having a tough time keeping the small (S) size version of SANCO's Cool Feeling Marble slab in stock, what with every new Daifuku-Hamster-related tweet from the furball's owner, @Atelier_Yehl, sparking over 10,000 retweets. Now THAT's cool! (via Entabe and NLab)

The Easiest Pet Shower You'll Ever Give Your Pet: Aquapaw Pet Bathing Tool
Buying and Keeping Exotic Pets: Should You or Shouldn't You?
Creating A Home Your Ferret Will Love

Dog Toys That Stink Like You Do: Smelly Socks, Smelly Shorts, And Smelly Shirts
Comments