Blood banks have become a dependable source of lifesaving blood used in a wide range of medical emergencies and chronic care treatment - if you're human, that is. Dogs don't enjoy that luxury but the Japan Animal Referral Medical Center wants that to change. A recent Blood Donor Clinic for dogs held this past June 16 garnered widespread publicity; hopefully enough to lay the groundwork for a reliable blood bank system for dogs. 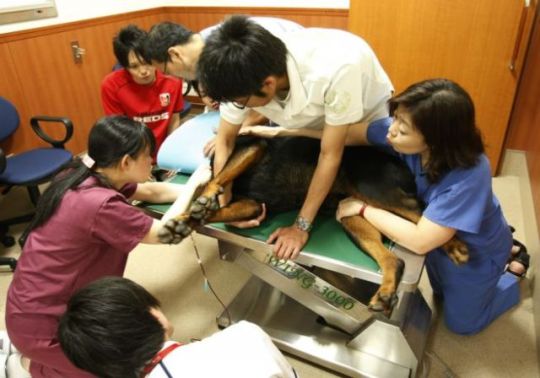 Dogs need blood transfusions when they suffer blood loss due to injuries or as part of a cancer treatment regimen. That's when things get complicated: dogs have approximately 13 blood types (compared to just 4 in humans) and dog blood can only be stored for about a month. Even when a suitable dog donates blood, only about 200ml can be drawn as most dogs are so much smaller than people. 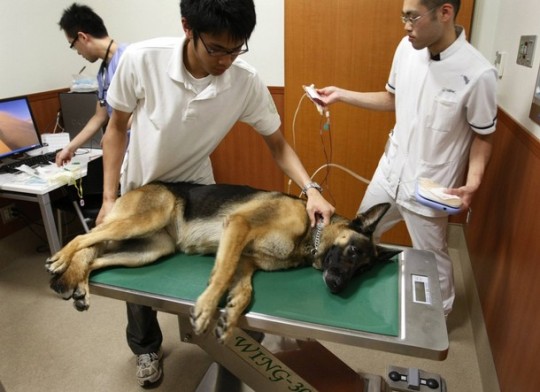 Now consider that there are over 6.5 million dogs in Japan (as of 2007), and that number is growing. Japanese dog owners are spending about $1,500 per year on their pets' medical care, but money can't buy what's just not available.

The Japan Animal Referral Medical Center (pictured above) is located in the city of Kawasaki, just south of Tokyo, and it's hoped that knowledge of what JARMeC is trying to do for dogs will convince the large number of pet owners in the Tokyo area to pop in regularly, drop off a pint of crimson, and leave satisfied they've potentially saved another dog's life. While some say that dogs can't make a conscious decision to donate their blood, anecdotal evidence shows that the actual donation process is relatively painless and the dogs are treated with all the respect and courtesy a human donor receives - and presumably a Milk Bone to munch on after doing their doggie duty! (via Japan Today)

Jack Saves Kitty From Coyotes: The Other Side of Pit Bulls