“The phone case is a commentary on both the curious nature of the mobile phone case industry and of the modern dependency and/or addiction to mobile technology," explains Elliot Gorham, the Melbourne-based owner and chief brainstormer at Noddy Boffin. “Like most mobile phone cases, it does offer the illusion of individualism.” 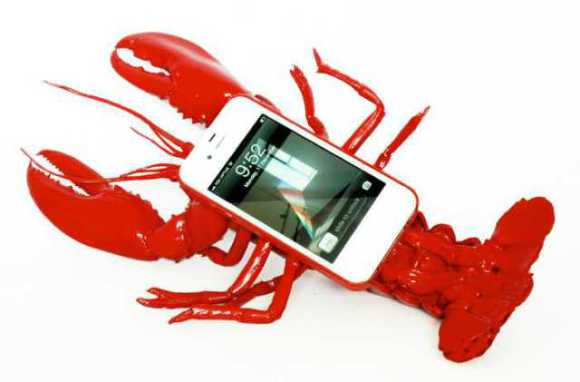 Illusion or delusion, the case is about as individualistic as it gets - you're not likely to bump into another Lobster Mobile Telephone Case owner at the local Starbucks anytime soon and if you do, it's time to seriously consider your hipster lifestyle.

Yes, hipster, as in “I was using a Lobster Telephone before it was cool,” which is really only applicable if you're the late surrealist legend Salvador Dali. Indeed, the mustachioed one wowed 'em back in 1936 with “Aphrodisiac Telephone,” a painted plaster lobster glued to the receiver of an otherwise ordinary black table telephone. 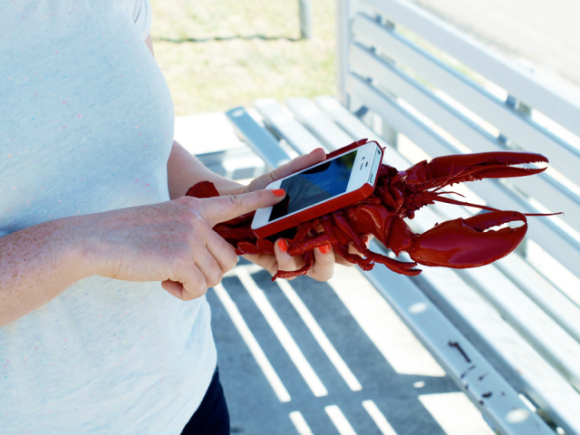 “I promise in seventy years this will be relevant,” commented Dali at the time, and the artistic genius wasn't far off the mark. Is the Lobster Mobile Telephone Case really relevant, though? It's certainly not very practical unless one's intent is ripping pants pockets or performing unexpected & unanesthetized facial surgery every time your phone rings... “Hel-OWWW!” 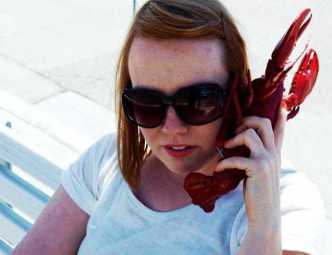 Gorham himself is under no illusions (or delusions) pertaining to the case against his case. “Unlike the typical phone case, it doesn't offer functionality of protection and style. Its features include: camera incapability, ergonomically awkward, too big for your pocket or handbag and most importantly, [its] ability to cause its users embarrassment.”

We're not sure about his last point, however, since some folks will do anything to get attention even if it pains them to do so. Rest assured, if the boffins at Noddy Boffin ever to decide it's worthwhile to run off a batch of Lobster Mobile Telephone Cases for sale to the public, there are going to be plenty of takers. 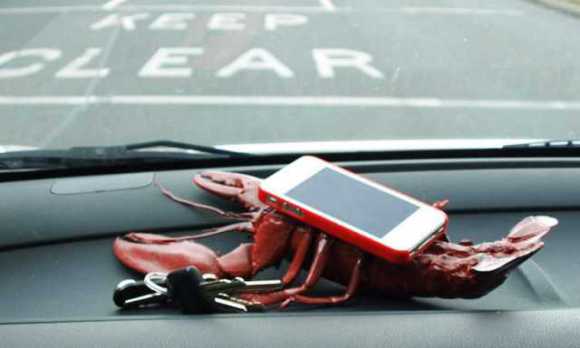 In the meantime, the company is being shellfish, er, selfish by stating the eye-unfriendly iPhone case is only a design exercise with no production plans in the works. (via CNN and The Mashable)

Stressed Out? Time For An Elephant Massage