Many pet owners feel a sense of disconnect when they walk their furry friend outdoors. Leash laws meant to protect pets and people can also detract from the shared joys of a walk in the park... sort of like the way the TSA has sucked the fun out of air travel. What to do? 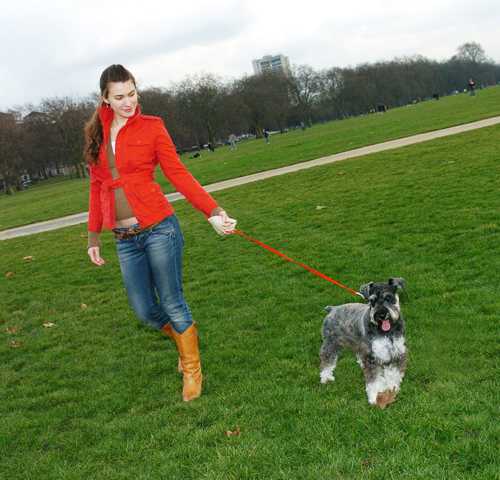 Artist Alice Wang of Alice Wang Design has come up with an ingenious solution: the Hand Dog Leash. Behind its rather unimaginative name is a simple and direct message: when you walk with your pet, you never walk alone. Wang's concept begins at your pet's collar where a standard metal attachment clip leads back to an ordinary red flexible leash. At the other end of the leash, however, things get a little weird. Instead of the usual padded grip, the Hand Dog Leash features... a hand. 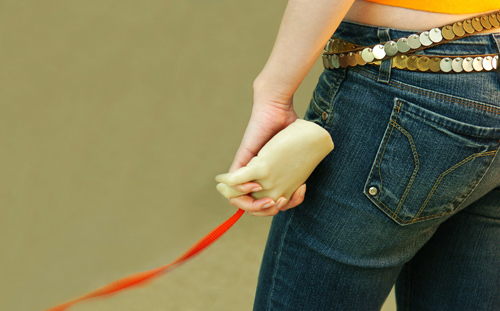 Made from what appears to be flesh-toned plastic, the imitation extremity is meant to be grasped by the pet owner as if they were holding hands with a loved one – which in effect and by extension, they are. The idea looks as creepy as all get-out; can you imagine actually holding the faux-palm while you walk Fido or Fifi? One might reasonably wonder why Wand didn't fit a fake dog's paw to the leash's business end but there's a certain method to her perceived madness: the pet owners who make up the potential market for the Hand Dog Leash are those who basically consider their pets to be people locked in animal bodies.

Using a prosthetic human hand instead of a polyvinyl pooch paw helps level the emotional playing field between pet and pet-owner. Hey, as long as they don't hurt anyone, what goes on between people and pets is their own affair. As for the Hand Dog Leash, which could just as easily be used with a very tolerant cat aka “Harry and Tonto”, at the moment it remains merely a design concept. (via LikeCool)

Cool Stuff To Buy Humans
For Him
For Her
Stuff for Dogs
Clothing and Accessories
Weird, Odd or Bizarre
Design
Dogs