A large loco locust landed on James Rodriguez, just as the Colombian footballer was about to score his team's only goal in a crushing semifinal loss to Brazil. Give the insect-lebrity credit: it knew where the cameras would be pointed and made a beeline to share the spotlight. 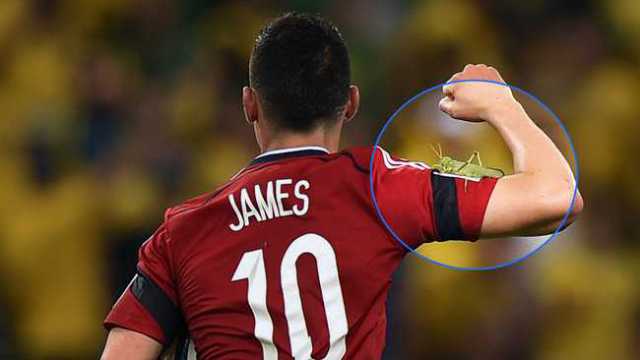 The incident occurred on the evening of Friday, July 4th about midway through the game's second half, after Colombia had been awarded a penalty kick. Check out a video view here.

AFP photographer Fabrice Coffrini was in the right place at the right time, snapping a short series of photos that appear to have caught the locust flying in from Rodriguez' right and making a three-point landing on the FIFA patch on the player's right arm. 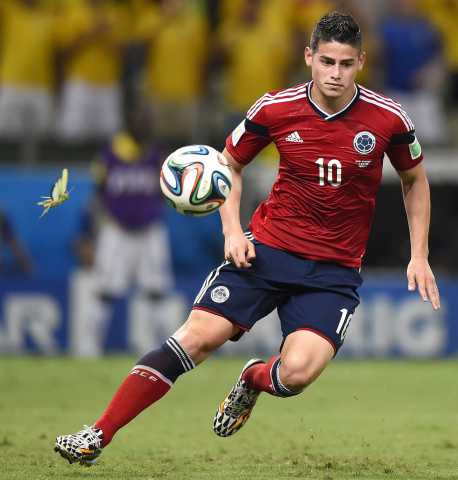 Could the locust have been attracted to the patch, or more likely the stylized World Cup Trophy emblazoned on it? It's possible the yellow, green & red image of the trophy may have resembled a flower or a fellow locust. Hey, grasshoppers aren't the brightest bugs in the box and this one was undoubtedly disoriented by the screams, shouts and stomps of the sixty thousand soccer fans inside Fortaleza, Brazil's Estadio Castelao. 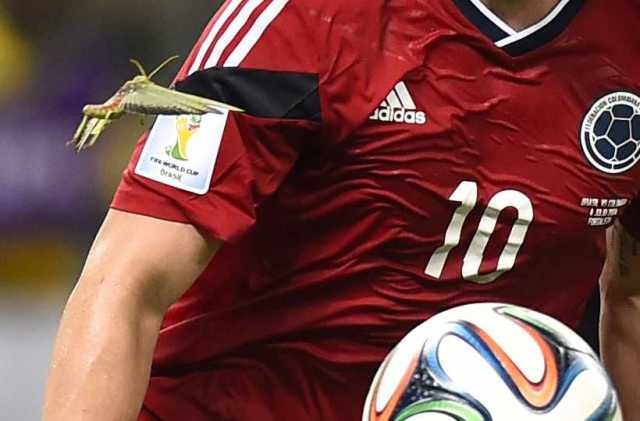 In any case, suspicions of Rodriguez having made a deal with the weevil were put to flight when the game ended with Brazil defeating Colombia by a score of 2-1. It was truly a win – and a locust – of Amazonian proportions.