Drunken Moose Are A Problem For Swedish Citizens! (Video!)

Lock up the liquor cabinet, Sweden’s moose population is hungry for some alcohol, getting wasted and harassing the locals! 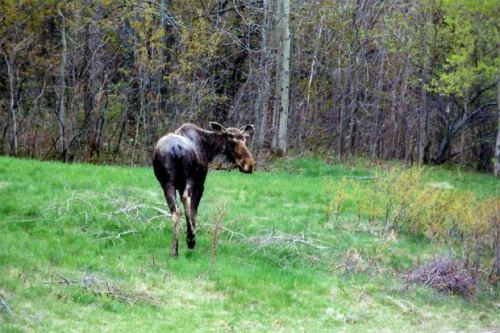 Around this time every year, apples fall off the trees and ferment on the ground, becoming an easy meal for hungry moose. (Note that Americans call the largest deer species on the planet moose, while in Sweden, they are known as “elk.”) Well, the sugar in these apples ferments into alcohol, and because of the amount of apples a moose can consume in a single sitting, you can imagine the relatively high concentration of all-organic booze in the giant moose’s tummy…

Just a few weeks ago a gang of five buzzed moose, four adults and a calf, aggressively kept a man from entering his home in Stockholm, Sweden after they were seen feeding on the rotting apples left in the owner’s garden. Normally these 800 to 1,500lb lumbering giants want nothing to do with people, but after eating a whole bushel of booze, they aren’t afraid of anyone. Thankfully, all of the moose decided to make a run for it when the police showed up. I’m assuming that it was due to the blaring sirens and flashing lights, instead of the threat of being fined for trespassing and harassment. 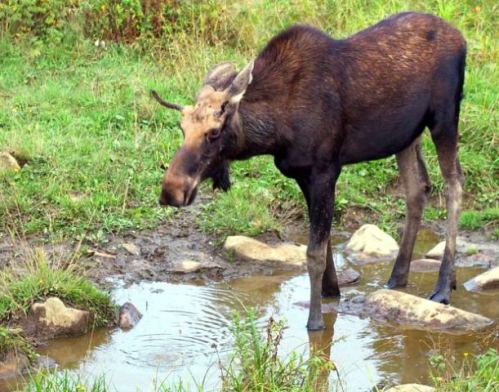 Moose aren’t the only animals that are known to be natural alcoholics, as elephants, monkeys, bears, pigs and other species have displayed a taste for alcohol. Between the moose’s size, giant antlers and complete lack of fear towards humans, a drunken moose can easily ruin anyone’s day.

What in the Hell is That?!?! The Bizarre Animal Video of the Day!!!