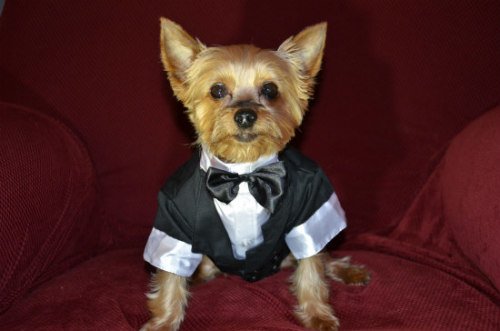 Holiday & Formal Attire in Pet Fashions: Puttin' on the Ritz

Dressing animals up — especially dogs — seems to have become almost a national pastime with pet owners. From costumes of super heroes to full wedding and holiday attire, you never know what you’re going to see next. It used to be you’d just see a trophy dog or “accessory” hitched under someone's armpit once in a while wearing a rhinestone collar and tutu or a designer doggy coat.

These were the kind of eccentric kooks you’d see on late night talk shows or Lifestyles of the Rich & Famous. Now, there’s a full-on fashion industry for pets with millions of dollars spent annually. But besides the playful side of this trend, are dog coats and dog sweaters really necessary? 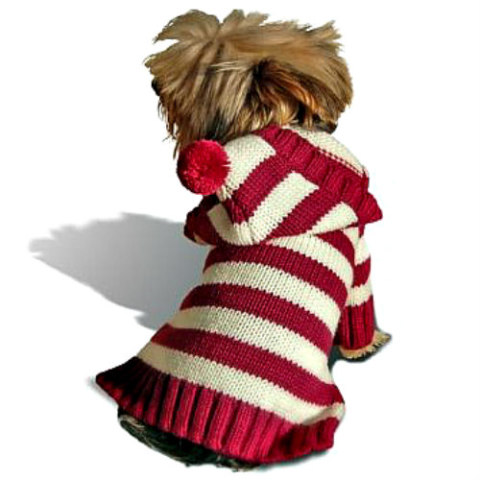 Hoodie Dog Sweater by Stinky G on Amazon: Knit dog sweaters will stretch and move with your pet

Actually, depending on the breed of dog and where you live, yes, dog sweaters or dog clothes can be very much necessary. Keeping pets warm is essential to their wellbeing — no matter what your grandparents told you growing up. Yes, there was a time when people would leave their pets outside year round to fend for themselves with nothing more than the coats on their backs and a ratty old blanket to serve as a bed liner in their doghouse.

But, in the last couple of decades we’ve started to humanize our pets more, and they may be getting softer because of it. Animals evolve just like people, so it only makes sense that they might be a bit more sensitive to the elements than they used to be. 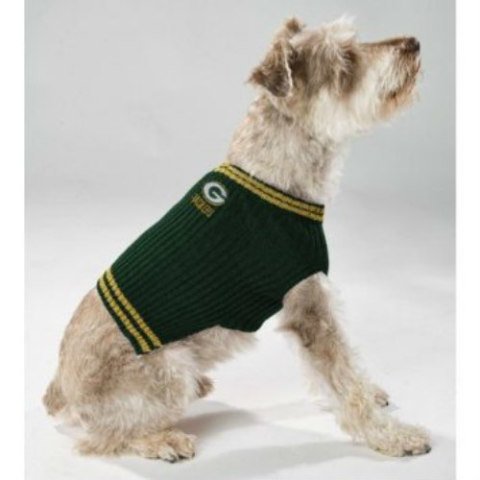 Cute Sports Team Dog Sweater by Pets First on Amazon: Don't get dog sweaters made of wool or other scratchy fiber

Even if there’s no real science yet to back this up, or the reality is we just want to coddle them more, certain breeds really do get cold easier than others. These include breeds with very short coats and little to no body fat, like Greyhounds and Whippets.

Animals with short coats generally don’t have much of an undercoat, if any. Undercoats are the softer, cottony-feeling portions of the fur below the shiny, silkier hairs of the outer coat that tend to be a bit stiffer, for those of you who aren’t sure. This hair can act as an insulator for both heat and cold. It’s also the last to dry when dogs get wet. 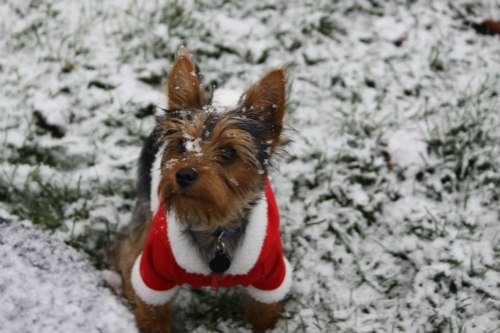 Dog Coats in Holiday Styles: Dog clothing should be warm & functional for outdoor use

Stature also plays a role, making small dogs more vulnerable to the cold as well. But small breeds and those lacking long, lustrous coats or adequate body fat aren’t the only ones. Surprisingly, chubby bulldogs and furry spaniels are prone to feeling the chill. While English bulldogs obviously have the girth for the job of keeping warm, much of their weight is muscle mass (I know it’s a stretch, but really…) and they have that short coat we’ve already covered.

Spaniels, on the other hand, have the fur you’d think would keep them sufficiently warm, but apparently that’s not entirely true. Even pit bulls aren’t going to be making the list of Top 10 or 20 Breeds for Tolerating Cold anytime soon, if ever. 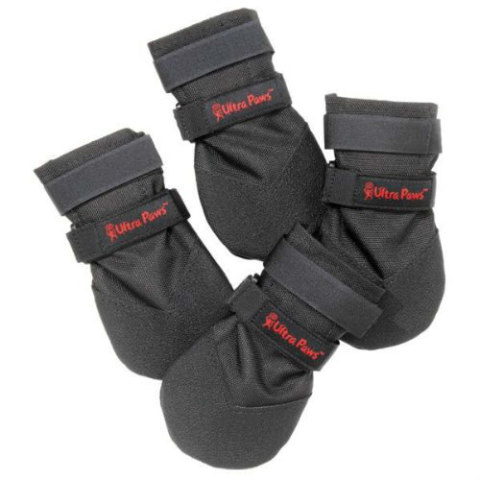 Dog clothes and accessories like dog boots should always be considered when taking dogs with a low cold tolerance for walks during winter months. This can be true even in the summer if you live in extreme areas like Maine, Minnesota, Alaska and other far Northern regions where evening temps can drop significantly.

If the average temperature where you live is only in the 60s or 70s during the day in August, chances are it gets chilly enough for pets to need a light jacket or sweater for outdoor activities before and after sun up and sundown. If there’s snow on the ground, there’s almost no question of it. Suit them up and even slip on the dog boots. 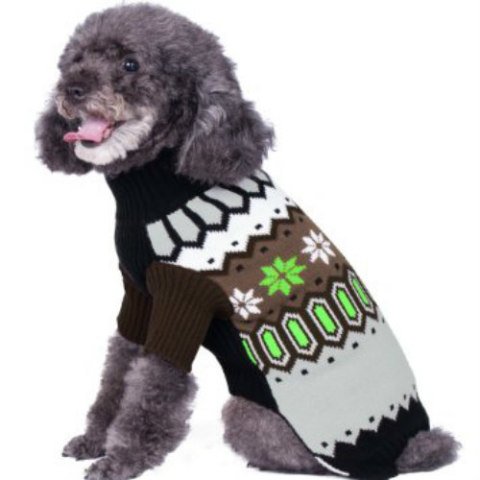 Besides the other factors mentioned above for influencing whether or not your pet should be wearing dog clothes, age is also a consideration. As we get older, we tend not to be able to regulate our internal thermostats like we used to. Older animals are the same way. Pets with weakened immune systems could also benefit from a dog sweater when faced with the prospect of going outside to relieve themselves in cold weather.

And speaking of thermostats, if you keep yours set very low during the fall and winter months, remember that your pets might be chilly, even if you aren’t. You might be used to using throw blankets or sweaters around the house to keep warm. But if you see them curled up tight in a ball or shivering, they need a little something extra, too. Curling up is often done in an effort to conserve heat. 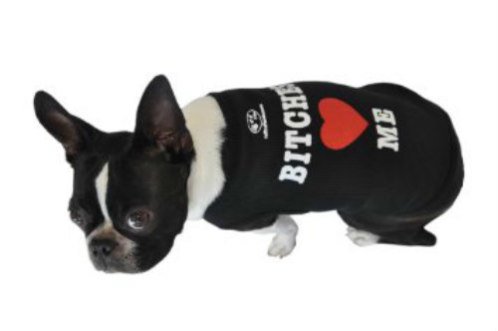 "Bitches Love Me" Dog Sweater by Ruff Ruff and Meow on Amazon: Similar to my Frenchie's dog sweater

Finally, take into consideration your breed's background. Just as a Siberian Husky or an Alaskan Malamute might not be suited for living in Arizona, there are breeds of dogs from warmer climates that don’t do cold. Some dogs just aren’t genetically suited to the environments in which they find themselves transplanted. So, if you’re worried you’re going to look like one of these eccentric kooks that dress their dogs up, don’t. Some animals genuinely do need to be kept warmer than others.

My Frenchie let me know a few years ago when I looked down at him one night after letting him out to do his business and he was shivering. After that, as silly as I felt, I had to suck it up and get him a dog coat. Now he wears a little black dog sweater that says “Bitches Love Me” on the back whenever it’s cold, and he seems a lot happier. Maybe it’s the little skull and crossbones next to the words. I’m not sure, but as long as he’s happy, I’m happy.

Clothing and Accessories
Design
Dogs
Fashion
Health
Older Dogs and Cats
Pet Care
Pet Safety
Stuff for Dogs
You Do A Service For Your Country And Your Dog Is Proud To Show It!
Riding Helmets: They're Hot, But They're Not Hot Enough
10 Ridiculously Purrfect DIY Ideas For Cat Lovers