Cold paws, warm heart? A video of a cat in Nanjing that appears to be rubbing its paws together on a chilly morning has touched the hearts of Chinese netizens, going viral to the tune of 410,000 views per day.

The video, which seems to have been recorded on a mobile phone camera, was uploaded to Youku (China's main YouTube analog) a day or so ago and features a disheveled, chubby Calico stray with an irritated right eye. 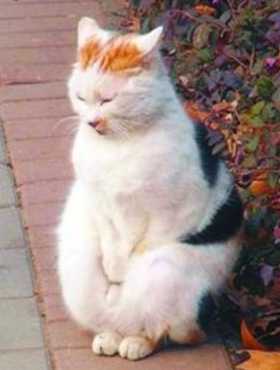 The simple conclusion most people make when seeing the cat is that its front paws are cold from the unforgiving pavement and its rubbing them together for warmth. Others, who may have a cat or cats of their own, insist it's suffering abdominal pain from worms. They may have a point – it doesn't look all that well, even for a street cat. 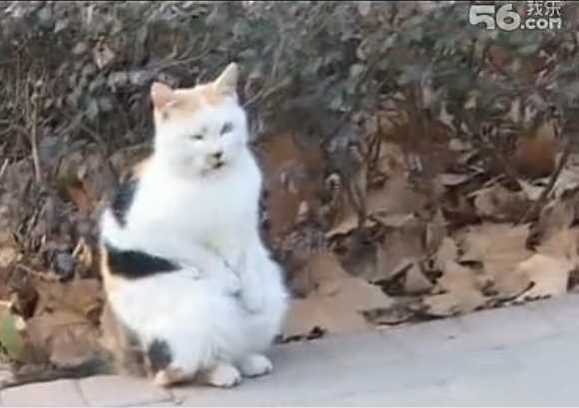 One hopes that someone in Nanjing who sees the cat doing its thing will try to render some assistance instead of merely pointing at it while exclaiming how “cute” its actions appear to be. That may be easier said than done as urban strays are often cautious and fearful of people. Let's hope this story has a positive follow-up and the cat's fellow Nanjing-ers will get the cat the help it needs... or at least, some really small gloves. (via ChinaSMACK)