It was an otherwise ordinary Tuesday in Miramichi, a town of roughly 17,000 in northern New Brunswick, and cabbie Jim O'Neill had no idea all Hell was about to break loose. As he cruised along King George Highway, O'Neill suddenly found himself witnessing an unscripted episode of When Animals Attack. “You look out the corner of your eye and see a beaver backing somebody up the driveway,” related the obviously still shell-shocked taxi driver. 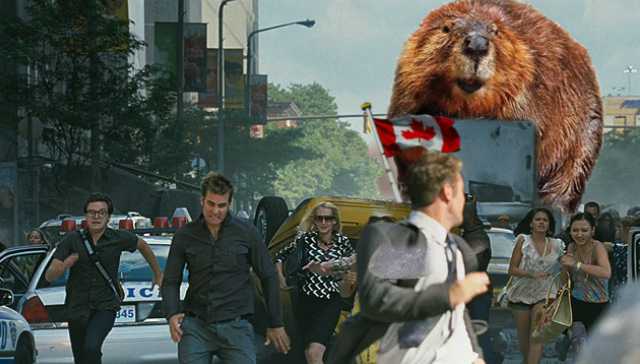 O'Neill could hardly believe his eyes and did what most anyone else would do in this age of digicam-equipped smartphones: he pulled over and moved in to capture some hot beaver-on-human action for posterity – or at least, to show his buddies later on at the bar.

Big mistake... as O'Neill got within 2.5 metres of the beaver, the aggravated rodent “slapped his tail on the driveway, slapped his front feet on the ground. He came on,” related O'Neill, like George Zimmerman standing his ground against a buck-toothed Trayvon Martin. Being Canada, thankfully, no guns were involved. O'Neill figured the fur-bearin' varmint may have been more than he could handle (or was rabid, perhaps), “So I backed up to try it again and jeez he got quite aggressive. He was camera shy.” 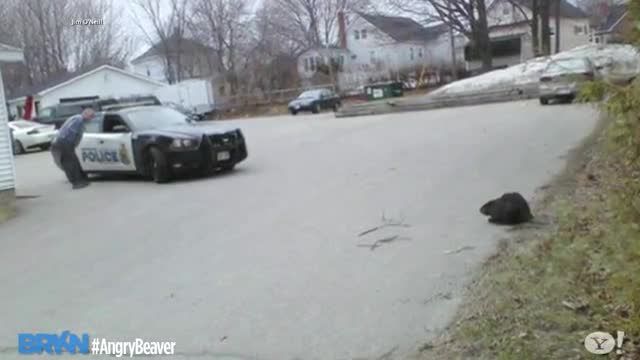 At this point it seemed prudent to call in the local county mounties and within minutes a squad car arrived at the surreal scene. “The damn thing was lost, it was going down the street,” explained Sgt. Ed Arbeau of the Miramichi police, who speculated the peeved wee beastie may have been displaced by recent flooding. “The guys left it alone, told the citizens to leave it alone and it went on its way to where it was going.” Be it bee or beaver or Bieber, that's always good advice. (via CBC News)

News Stories
Weird, Odd or Bizarre
Creatures
Wildlife
Rodents
Why Would Somebody Do This? The "Jump Into the Polar Bear Enclosure" Animal Video of the Day!!!!
The Loss Of Pets Captured in 'Last Moments' Of Photographer
The Things That Curl Up In The Night
Celebrity-Studded Movie To Expose The Greed That Leads To Animal Poaching
Comments