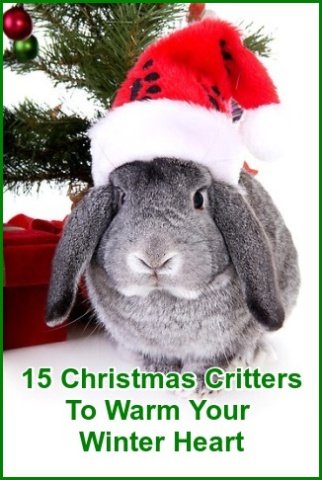 We love Christmas. We love our pets as part of the family. If there is
one thing that Christmas is about to many of us (other than celebrating
the birth of Christ) it is about family. So it is only natural that we
want to include animals in the holiday -- from tasty treats and
presents to decking those halls and donning our gay apparel. 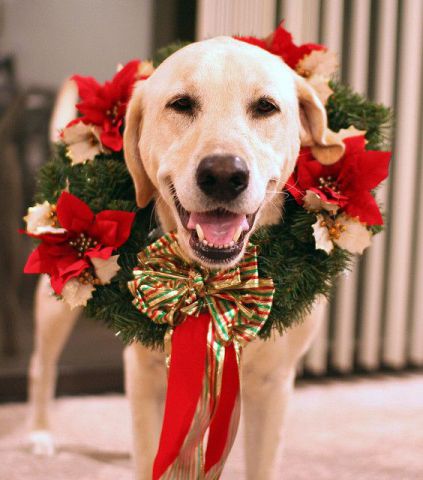 I think it is made of salad, but am I rockin' this gold bow or what? 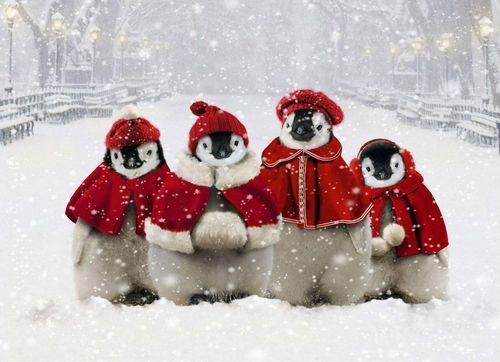 It makes you wonder who first thought that putting clothes on one of these little Antarctic denizens was a good idea. It must keep Jay Leno up at night since this is one of his pet peeves. 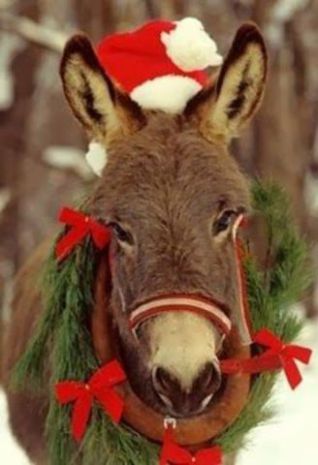 You can just tell by the look on this face that he believes he is the descendant of the donkey Mary rode into Bethlehem. Or at least that is what he has been braying for this year. 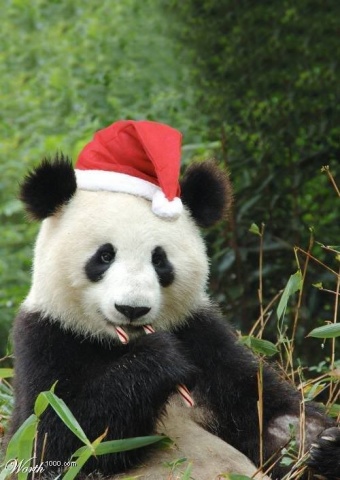 It's as clear as the difference between black and white, Pandas look best in red.

5. Santa Has A Whale Of A Time 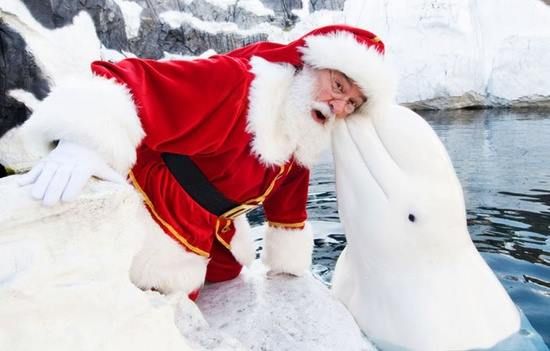 Santa Has A Whale Of A Time (Image via Pinteret)

Does this mean that the jolly old elf has forgiven Raffi for the back trouble he has had from delivering so many Baby Beluga CDs? At the very least the earworm finally stopped. 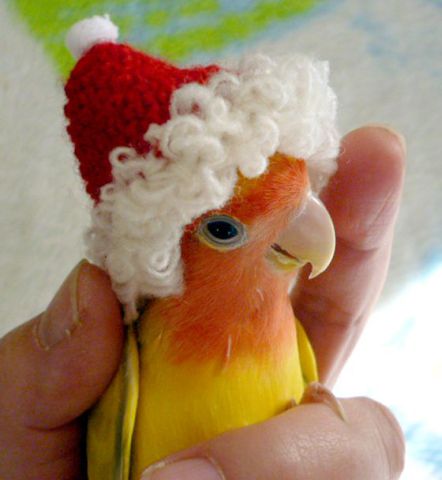 Giving Santa The Bird (Image via Most Beautiful Pages)

Why shouldn't a parakeet have a little crazy Christmas cheer? Okay, so a tiny Santa hat doesn't exactly make for a partridge in a pear tree, but it sure is cute!

7. I Hope My Letter Gets To Santa In Time 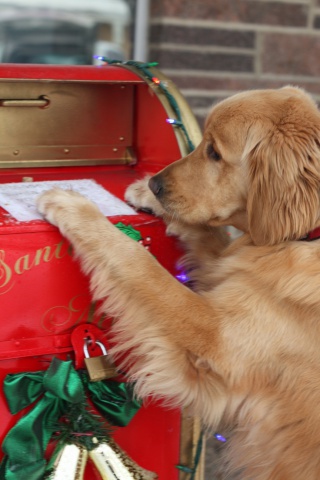 And I hope he wasn't keeping track of the number of times I went through the trash and them blamed the cat.

8. I'm So Glad You Brought A Snack 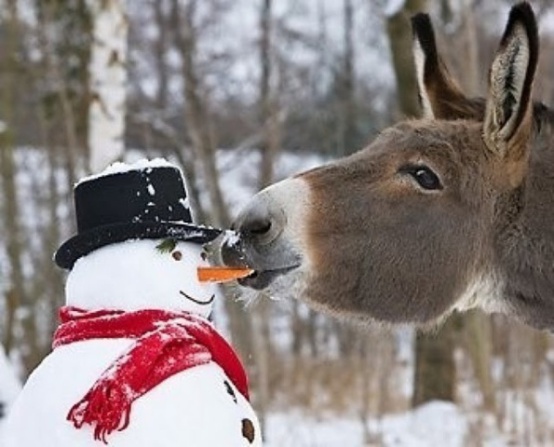 I'm So Glad You Brought A Snack! (Image via Space for Inspiration)

I hope I'm not being too nosy. Carrots always taste like Christmas to me. 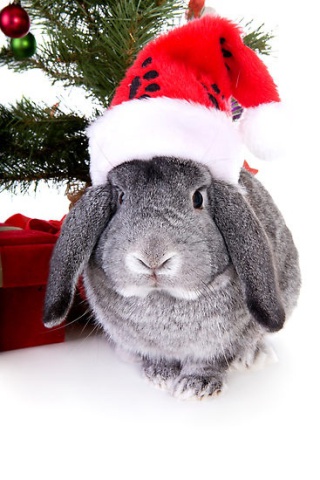 Some Bunny Loves Christmas (Image via A Cute a Day) 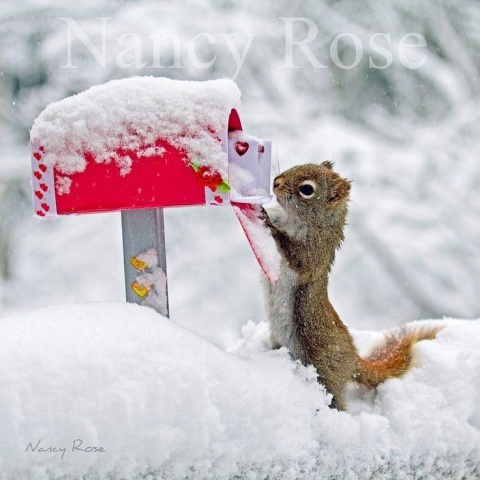 Everyone loves to get cards, especially the squirrely ones. But go easy on the Christmas letter! 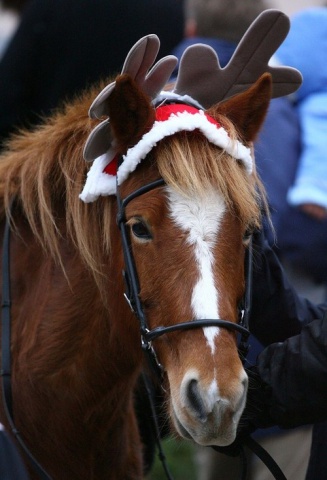 Just Horsing Around This Christmas (Image via Christmas4u.tumblr.com)

. . . and hoping Santa will come to his senses and get some proper horses rather than those silly reindeer.

12. I Was Just Straightening The Angel, Honest! 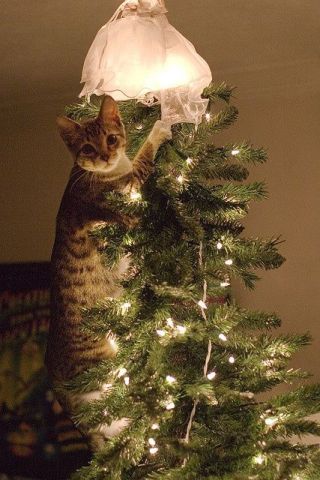 I Was Just Straightening The Angel, Honest! (Image via The Crazy Cat)

So what if I played with a few ornaments on the way up. Sorry about the ones I broke. 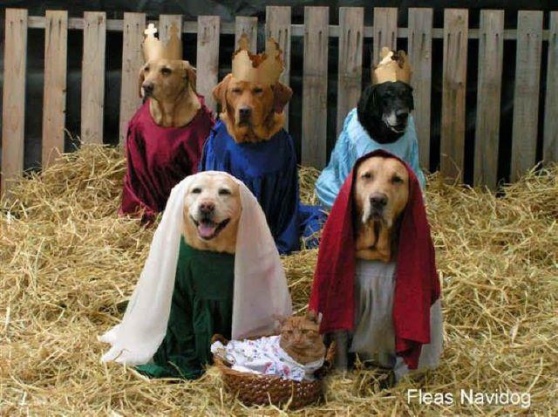 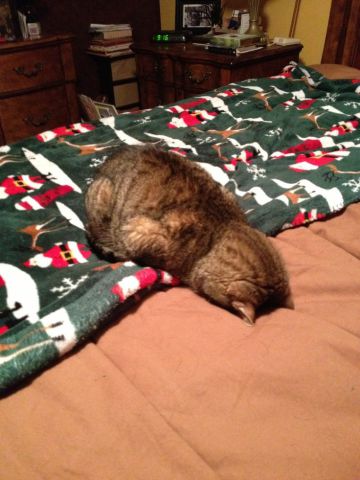 The
Holidays can take their toll on anyone, especially if the human has
been using someone's claws as a cutter for wrapping paper. 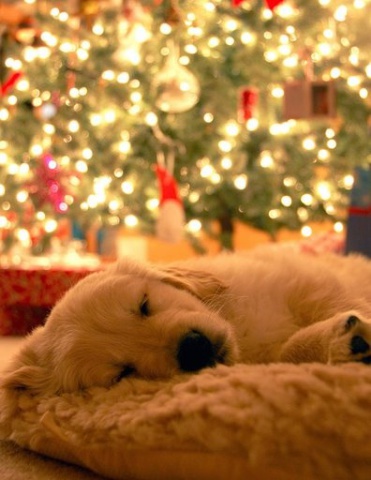 And God bless us every one!

Koshka: A Cat From Afghanistan

Chocolate Toxicity In Dogs During The Holidays