Anyone who remembers the 1997 black comedy flick, "Wag The Dog" is familiar with the concept of 'media distraction.' In the movie, a fake war was conjured up by presidential PR flacks to overshadow a dalliance that drew a marked resemblance to the infamous Bill Clinton / Monica Lewinsky affair. With Facebook's stock plummeting by $10 bucks ($28 as of this post) in less than 2 weeks, one has to wonder if the Zuckerbergs' prized pet dog "Beast" is being used to achieve a similar end result.

Literally "wagging the dog," Zuck's 1-year old Puli Hungarian sheepdog has attracted over 570,000 LIKES on his FB fan page over the course of the last year. And while this popularity has made him a Silicon Valley celeb in his own right, Beast pulled out all the stops at his master's and mistress' recent surprise wedding. With his hair pinned back away from his eyes, making him camera-ready for his close-up, it was as if this was Beast's opportunity to face the press straight-on and state: "Forget the stock market, all eyes on me, now!" 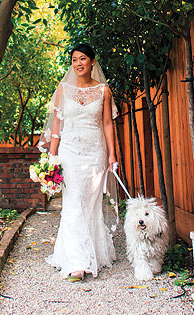 Beast walking Priscilla Chan down the aisle
But walking his Mom down the aisle was not the only way Beast was able to divert attention his way. On Buzzfeed, Kevin Lincoln presented Beast in a photo narrative imagining the pet as CFO of the social network. In a photo spread of 18 shots pulled from the dog's fan page on Facebook, Lincoln demonstrates how Beast might have done a better job than Zuck in handling the company during these tumultuous times.

Here with a healthy dose of schadenfreude, Beast is seen berating Morgan Stanley. . . 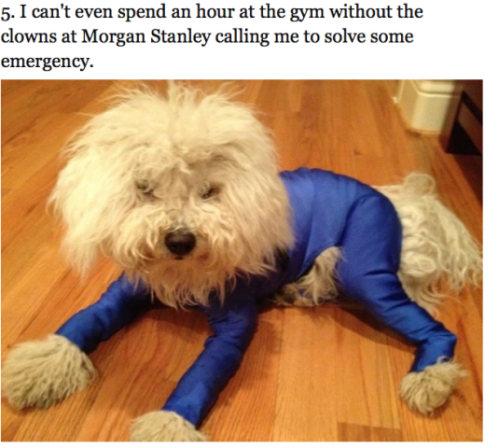 Describing himself as a workaholic and detailing the amount of time he puts in at the office. . . 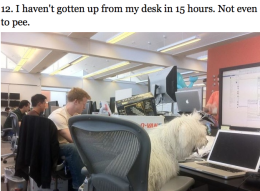 A promise to the world, that he is playing by the rules at all times… 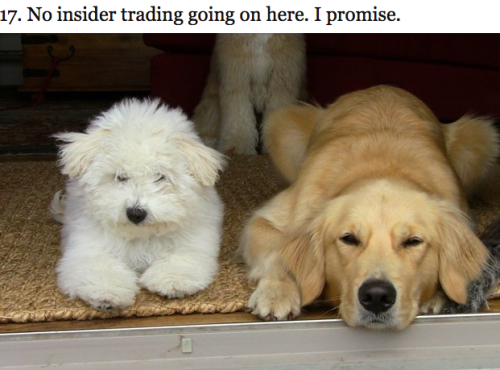 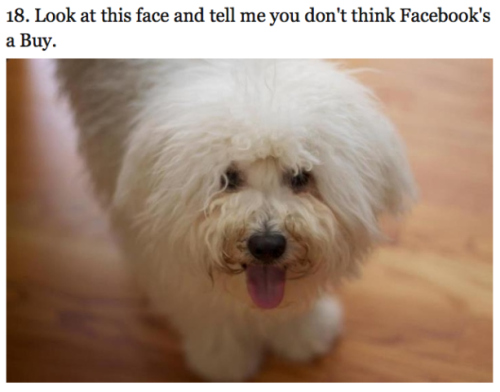 Cesar Millan, TV's Dog Whisperer when questioned about Beast, tweeted out: "I'm so glad the pack leader of Facebook is so open to knowledge and introducing it to his dog early!" 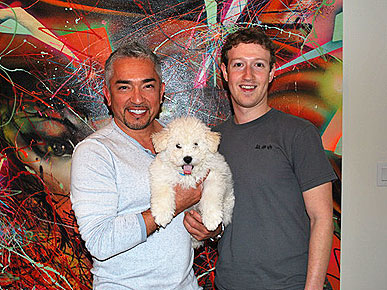 Cesar Millan, the Dog Whisperer, Beast & Zuckerberg
Since the nature of Hungarian sheepdogs is to herd its livestock, Beast appears to have been the perfect leader to direct followers, no matter where the destination. However it might be wise for Beast to learn from the mistakes of his master, if and when he assumes the number-one post. Like the stock market debacle, one other dark cloud that has hung over Zuck's head is labeling his blind followers, "dumb f*cks."  Hopefully Beast knows he has to earn users' respect first, before he resumes "wagging the dog" to divert attention away from Facebucks' next misstep. 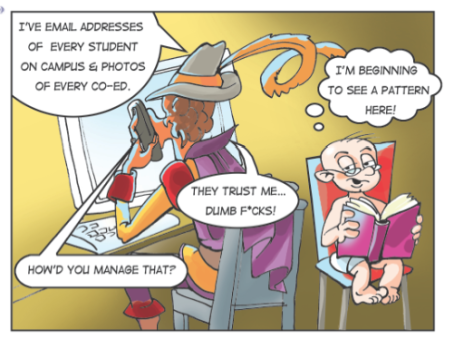