Is Your Dog A Genius? There's A New Way To Find Out

We all know our dogs are smart but, just like people, they can be smart
in different ways. Brian Hare, an associate professor at Duke
University's Center for Cognitive Neuroscience has identified nine basic
ways 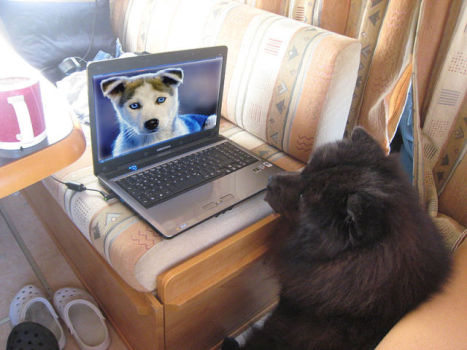 Dog Surfing the Internet (Photo by Udo Grimberg/Creative Commons via Wikimedia)that dogs solve problems, including Einstein, maverick, charmer, and
socialite. To find out which of these fit your dog you can now go to
Dognition.com and give your dog the test.

The website, which helps humans better understand their dogs, is run by a start-up company in North Carolina. It isn't going to give you the results in terms of percentages and mystifying graphs, but it will give you an in-depth report about your dog's cognitive profile. 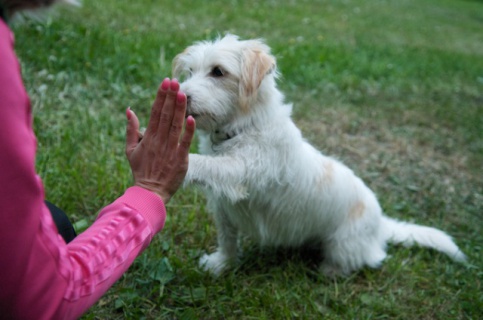 Dog High-Five With Owner (Photo by Kiidos/Creative Commons via Wikimedia)For a modest fee you and your dog can sign up for the test. The test includes a questionnaire and a series of scientifically designed games to play. The games take around an hour to play and include such things as hiding treats under cups. They test memory, reasoning, cunning, and communication.

If your dog doesn't turn out to be an Einstein, it doesn't mean that your dog isn't smart -- just that it uses other avenues to solve problems and understand what is going on in the world.

PetsLady's Pick: Cute Moment Of Zen Dog Of The Day