WTH? Is The Mangalitsa A Genetic Experiment Gone Wrong?

They look like the love children of a forbidden love between a sheep and
a pig with their thick, curly hair and their blunt snouts. Or perhaps a
science experiment gone wrong. However, there is nothing sheepish about
them. 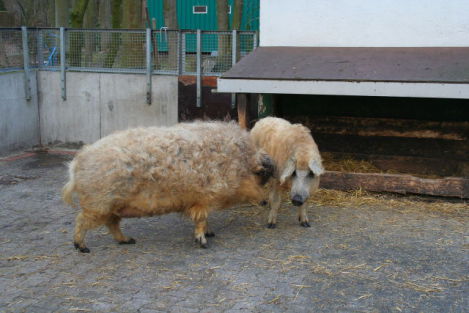 Mangalitsa Pigs (Photo by A.Savin/Creative Commons via Wikimedia)These animals are pure pig and come from Hungary where they
cross-bred a hardy domestic pig with a wild boar to create what is now
called a Mangalitsa.

The pigs ARE actually the result of a science experiment -- just not one that went wrong. Back in the 19th century the Austro-Hungarians experimented with crossing a pig with a wild boar to be able to create more lard. The resulting animal turned out to be fatty, tasty, and funny looking.

One can just imagine the other denizens of the barnyard laughing and pointing at these odd-looking pigs that look more like they should be out grazing with the sheep. You could put them out there, but who wants giggling sheep? 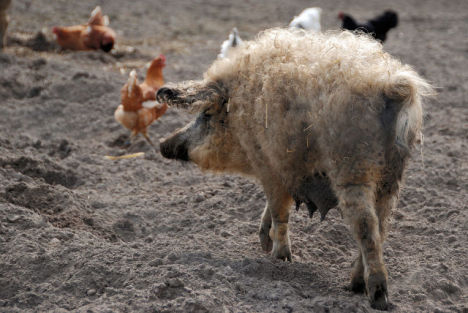 Mangalitsa Pigs (Photo by Guido Gerding/Creative Commons via Wikimedia)The meat from these somewhat sheepish pigs is reported to be rich and more like beef than like pork and have a buttery flavor. During the turn in taste to leaner cuts of meat the breed nearly died out. Then in the 1990s a Hungarian breeder  revived the interest in the Mangalitsa, which is also called the woolly pig or the curly-haired hog. While most of these pigs are still raised Hungary, they are now being raised in other countries, including the U.S. and the U.K.

Breeders are not the only ones raising the little porkers. A number of hobbyists have also gone in for raising the fleecy creatures.