He was born in a Miami aquarium in 1948, becoming the first manatee born in captivity and was sent to live at the South Florida Museum in 1949 back when he was affectionately known as “Baby Snoots.” This old fellow weighs in at 1,020 pounds, has grown to nearly ten feet long and consumes a varied diet of between 70 and 80 pounds of lettuce, cabbage, apples, carrots, and other yummy fruits and veggies every day. 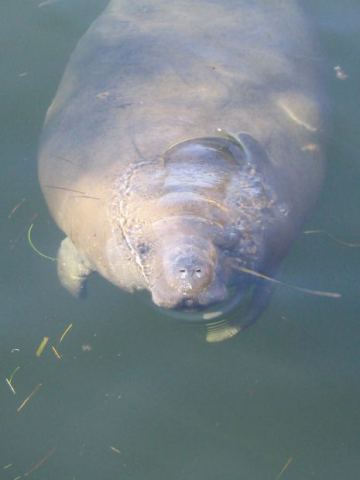 Being the first manatee with a recorded birthday, Snooty celebrates his birthday every year with the museum’s staff and its visitors. Since he is such an easy going manatee who loves the attention that he receives every day, has plenty of space to swim, clean water that is the perfect temperature for a manatee and no predators or other dangers, it’s no surprise to see that Snooty is doing very well for himself. Snooty turned 65 on July 21st, but it’s not too late to send him a birthday card, is it? 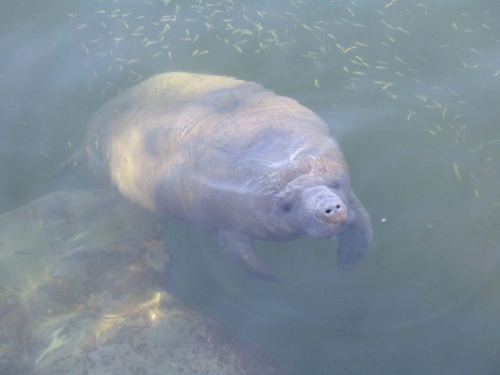 West Indian manatees are gentle aquatic mammals that are naturally found from Florida to Brazil and scattered throughout the Caribbean islands. Listed as a vulnerable species, the manatees of the Americas are primarily threatened either by illegal poaching or by accidental collisions with passing boats. Due to the frequency of these boating accidents, many wild manatees don’t live past 13 to 15 years old, making Snooty extra special. Don’t worry though- I don’t think that manatees are especially rare, as I see them slowly cruising through the waterways of my hometown once in a while. They’re so cute!