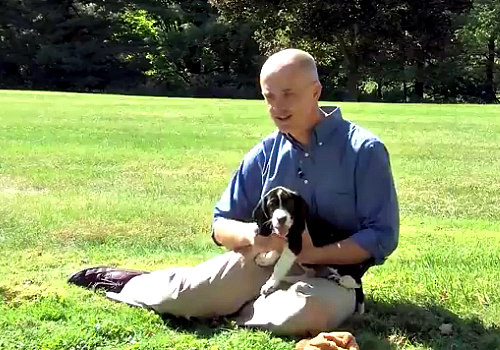 Through the use of in vitro fertilization (IVF) the world’s first litter of puppies has been born, and they’re just as cute and bouncy as puppies created the old fashioned way. Normally when we think of IVF, we think of couples struggling to conceive on their own and turning to science for a little assistance when it comes to Mother Nature. That wasn’t the problem for a female canine. These test tube puppies began their lives in a laboratory at the prestigious Cornell University’s College of Veterinary Medicine.

While some animal activists and dog lovers were initially up in arms about the experiment, the researchers want people to know the goal of canine IVF isn't about new ways to breed dogs. It's actually all about the potential for saving species. The procedure has had limited success with other animals, including cattle and monkeys, but dogs are apparently special — well, more special than us canine lovers already think they are. Members of the research team behind the project were passionate about their involvement and what it could mean for the future. 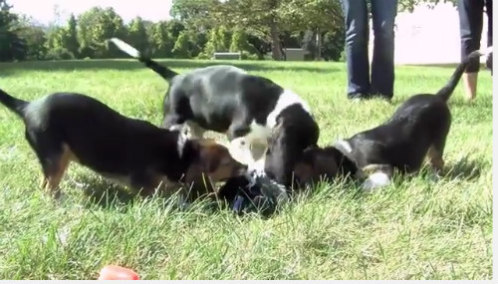 Dr. Alexander Travis of Cornell University was noted as saying, "We chose dogs because they're a model system for many endangered species. So, perfecting a technique like IVF in the domestic dog gives us a starting place to use it for other species." He went on to say, "We need IVF to help breeding programs for endangered species so that someday we can return these animals to the wild — not only saving them but the entire ecosystem in which they live.” If ultimately successful, the overall impact could be huge.

Yes, the puppies were born just as healthy and happy as naturally conceived pups, but test tube or Petri dish animals in the past haven’t always had the same lifespans and/or health as their natural counterparts. That's usually associated with cloning, though, or genetically altered animals. If these seven puppies live as long as other Beagles and Cocker Spaniels — which is what they're a mix of — without any outward adverse effects not common to the breeds, then there’s really something to celebrate. All told, there were four males and three females in the litter.

Apparently, the implications for human beings could be significant as well. According to Travis, "The technique also gives us several opportunities to help address genetic disease in dogs, and that could give us information on human health, as well. There's over 350 genetic diseases that are known in dogs that have direct similarities to diseases in people." If undertaken responsibly with an eye towards humane and ethical treatment, this could be a medical boon to both man and beast.

In the meantime, the five-month-old puppies will soon be adopted out to forever homes where they will hopefully go on to lead happy, healthy and normal lives filled with love. For more information on the procedure, go to the Cornell University College of Veterinary Medicine website.