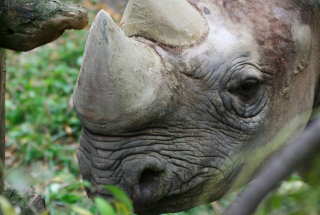 The purpose of World Rhino Day is to raise awareness of this
magestic animal and to save rhinos. World Rhino Day aims to shoot down
myths about the healing properties of rhino horn and eliminate its
demand throughout the globe.

World Rhino Day originated in 2010 courtesy of the World Wildlife Fund-South Africa. In 2011, World Rhino Day blossomed into success across the globe and included both African and Asian rhino species. This year its goal is to spread the word and gain more media exposure, focusing on raising awareness of all five rhino species: White, Black, Indian, Sumatran and Javan.

Rhinos typically reside in tropical and subtropical grasslands, savannahs, tropical forests and deserts. Previously quite endanged, efforts to repopulate certain rhino species are working. However, the total population is nowhere near where they used to be in the early 20th century. World Rhino Day is one of the ways conservation groups are working to support rhino populations worldwide.

Halloween Is For The Bats