Woman Sets Snake On Fire- Snake Burns Her House Down!

I understand that many people don’t like snakes. Personally, I’m totally cool with snakes, but my mom is one of those people who can’t stand the legless predators. If she came across a snake in the yard, she would go inside until it went away. That’s what normal people who are afraid of snakes do: Run from snakes. It’s a much better tactic than dousing one in gasoline and setting the poor reptile ON FIRE. 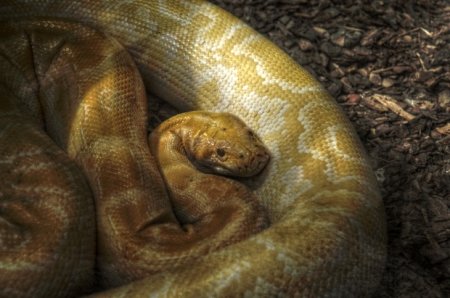 Last Friday, a woman in Texas found a snake on her property while she was cleaning outside. At that point, she thought it was a good idea to pour gasoline on the snake and to set it ablaze. The burning, suffering snake slithered into a dry brush pile beside the woman’s house, causing the entire home to go up in flames.

The massive fire quickly consumed the house and partially damaged a neighbor’s home as well. There is no word on whether charges will be filed against the woman, the species of the snake, or the animal’s ultimate fate. (I’m assuming the unfortunate creature’s dead, but no one’s found a body yet…)

Gez- On the one hand, I feel for the woman who lost her home in the inferno, but what in the world was she thinking? As always, share your thoughts on this strange piece of news in the comments below!