When your beloved dog goes missing and you don't really have the money
to offer a reward what do you do? You get creative and think laterally.
That's exactly what one woman in Ohio did after her dogs (from A to Z)
got out 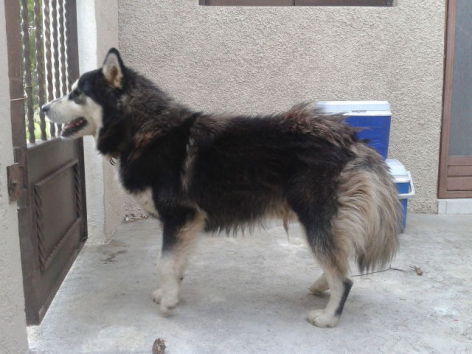 Alaskan Husky (Photo by Flx-Cvz/Creatice Commons via Wikimedia)though an opened gate to go walk about. While the wayward Ajna
was quickly found, Zoro turned out to be much more elusive.

Earlier this month, after finding one dog at the shelter and bringing her home, Abigail Miller, 23, started making up flyers to distribute throughout the area. After giving it some careful thought, she finally decided what to offer as a reward for the missing Zoro -- a case of beer and a pack of smokes. It was something she could fit into her tight budget.

Miller plastered the flyers everywhere she could find a place to put one, hoping that the modest, but creative reward would be enough to bring her sweet boy back home to her.

While the reward she offered was a bit bizarre, it definitely was an attention grabber. One man saw the flyer when he stopped by the local Kroger store for some groceries. It reminded him that he had seen a dog like this being walked by a couple who said that they had found him and wanted to keep him. He called Miller and helped reunite her with Zoro.

The man declined the reward, but Miller, who works at a local sub sandwich shop, will be treating him to some sandwiches instead

According to her mother, Miller loves her dogs so much that she took on a second job to make sure she can afford the proper care and feeding of them. Every dog should have someone to love them enough to offer beer and cigarettes to get them back!

Animals In Art Down Through History
Comments