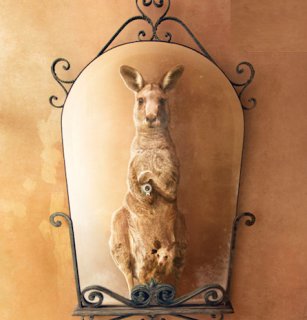 Pulling your best pose -- close, upfront and personal -- is almost second nature to us now. Even toddlers brought up with smartphones know how to capture one. But what about animals? Have they also caught on to the 'selfie' craze?

Well, according to 'G Adventures' they believe that animals seem to have caught on to the idea almost instinctually and have released a book that features what they consider some of the best very animals selfless of all time.

They're on Candid Camera!

This video walks you through some of the most hilarious. Narrated by what sounds like a computer-generated voice, it notes that the travel brand's founder, Bruce Poon Tip, author of Looptail handpicked the photos from hundreds of trips around the world.

"Our travellers are adventurous and we have trips all over the world, so it was only a matter of time before the selfie phenomenon reached the animal kingdom," adds Poon Tip.

Apparently with the size of mobile phone cameras a lot smaller than those intrusive telephoto lenses, animals are more open to coming in for a close-up. Mail Online Travel has also provided us with some of their favorites from across the pond. Here's a lemur actually grabbing hold of a smartphone just before the selfie was fired off. 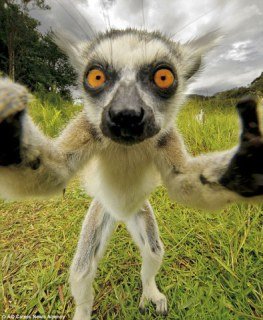 And this crested black macaque (aka a black ape) almost looks like he's picked up a trick from us humans, in providing the camera with a big toothy grin. 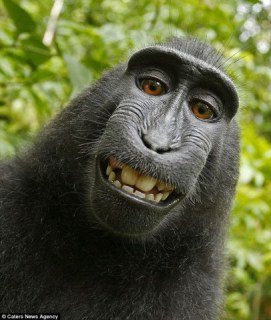 A tumblr site, simply titled, "Animal Selfies" has dozens of animal selfies with a whole assortment of species 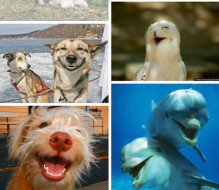 who also look like they have perfected how to smile for the camera. 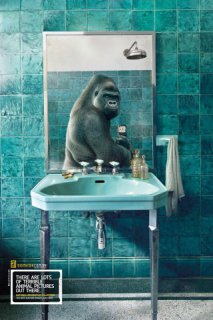 Animals have even figured out how to use a mirror to enhance their selfies. National Geographic is taking the "if you can't beat 'em, join 'em" approach with its latest photo spread. Partnering with Diomedia Stock Photos Brazil, the awesome ads produced for this campaign show a number of wild animals taking selfies in front of bathroom mirror, with a tagline that states: "There are lots of terrible animal pictures out there - National Geographic Collection (believes) the best nature images are here."

So who's next? What other form of life (or non-life) might be proned to getting in on some 'Selfie' action of their own.

Insects? Fauna? Aliens? or perhaps the artwork created by man. After all, whenever the camera's turned back on its object, it takes on a whole new perspective, don't you think?