Why Our Canine Domesticus Look So Much Like Us?

How many times have you looked at someone’s dog and said, “my God, that pooch looks just like its master?” 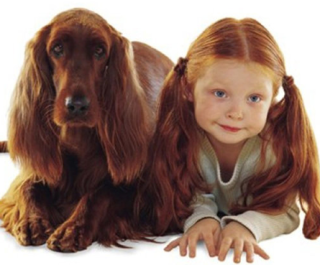 You might have pondered yourself that being compared visually to your furry pals might have had something to do with why we call them “man’s best friend.” Others might take offense at the similarities, particularly if we’re talking about a “bulldog” or the derogatory term “bitch” that’s been associated with a certain gender of the homo sapiens species.

Nonetheless, there’s a certain dog-like je ne sais quoi that happens too often not to have some kind of scientific rationale. If we gravitate to certain breeds because we’re triggered by a subconscious mirror-image of ourselves, what facial attributes links owners with their dogs?

Sadahiko NakajimaWell, that’s the mystery Sadahiko Nakajima, a psychologist from Kwansei Gakuin University in Japan, set out to solve in a recent research project published in the journal Anthrozoös. In the study, Nakajima was looking specifically for the features people use to make their uncanny accurate judgments.

Nakajima presented over 500 Japanese undergrads with ‘canine camera’ photos. Each set included 20 photo sets of dog-human pairs, showing their faces together side-by-side. In all cases, to eliminate extraneous factors, the photos were very basic color headshots cropped at the shoulders and shown against a plain white background.

The task was simple. The judges asked each participant: “Cho 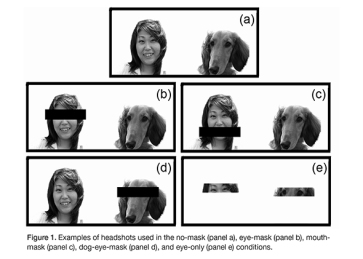 ose the dog-owner pairs that physically resemble each other from Set A or Set B.”

The fundamental differences among the groupings was in the presentation: no-mask (in which the participant saw the full unobstructed faces of humans and dogs); eye-mask (the humans’ eyes were covered by black rectangular bars … just think crime-scene photos); mouth-mask (the humans’ mouths were covered in this same way); dog-eye-mask (now it’s the dogs’ eyes that are covered by the creepy black bar); or eye-only (only the thin rectangular slices of the eye regions for both human and dog are shown).

What was found is curious but quite plausible. The study discounted hairstyle, obesity, gender and height as factors all together.

The most striking finding from Nakajima’s experiment comes from the performance of those participants assigned to the eye-only condition. The judges who were assigned to looking at only the thin slices of the human and dog eye regions scored the highest in matching up owners with their pets, amounting to a 74 percent accuracy rate.

And it wasn't eye color that triggered their choices since all the participants were Asian dog-owners and had similarly dark-colored eyes. Instead, its something to do with a shared look in the eyes that certain dogs share with certain humans.

Going back to the subconscious theory, this study seems to indicate that we select our dogs because of the 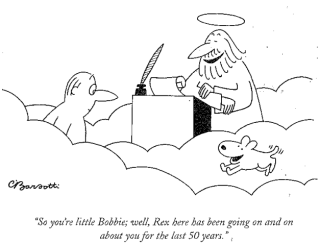 psychological cues we pick up in their eyes. Why the eyes? Well, didn’t the old proverb attributed to Leonardo Da Vinci say that “our eyes were the windows to our souls?” And in many instances, don’t a lot of us believe our canine domestics partners are our soul mates? Well, time will tell on this one. . . and whether some of our best childhood friends will be waiting for us in the Afterlife!

Dogs
Fun Stories
News Stories
Reviews
Science
What Is That In The Distance? The "Tricerapug" Animal Video Of The Day!!!
7 Car Safety Products For Your Pets Recommended By Bark Buckle UP™

5 Anti-Anxiety/Sleep Aids That Can Harm Your Pets