When To Turn Down A Pet-Sitting Client

Have you ever agreed to pet sit for a client and when you showed up the first time, the dog was so aggressive you had to make a hasty retreat? Or on your first visit, you spend hours trying to coax a timid dog or cat out from under the bed? This is why the initial client interview is so important to your pet sitting business. But sometimes, even a successful client interview and meet-up with the pet doesn't foretell the way a pet may react when its owner is not present. There are a few ways to circumvent such problems. But in some cases, you need to be able to gracefully turn down a pet sitting gig and suggest alternatives.

I know first hand how a pet sitting job can go bad. I was just 10 or 11 and had agreed to watch our neighbor's chihuahua mix for two weeks while they vacationed in Canada. I had known Tuffy since he was a pup, and was excited about my first real-paying job.

I'm not sure why the neighbor decided to house the dog in their garage while they were gone--perhaps they had an inkling he would freak out when they were gone and mess up the house. Freak out was an understatement. When I opened the garage door the first morning, I was met with 3 pounds of ankle-biting piranha. 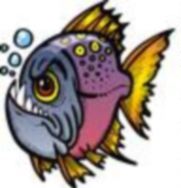 I beat a hasty retreat and ran home for medical attention and reinforcements. My dad put on fishing waders for protection and became a decoy so that I could fill food and water dishes. We had to do this for the entire 2 weeks, and poor Tuffy never got to go outside to relieve himself or go for a walk. Needless to say, the garage was a smelly mess, but everyone survived mostly unscathed. When the neighbors got home, Tuffy returned to his old, friendly self. They used a boarding kennel after that, which was much better equipped to handle him and his temper.

One way to reduce or eliminate such scenarios in your pet sitting business is through your initial client interview. You should always schedule an interview before you ever agree to watch an animal. Not only do you go over the details of what both parties expect of each other, but you get to meet the animals you'll be sitting for. Be on the alert for any red flags such as aggressiveness or standoffishness or over-protectiveness of the owner or property. Extreme shyness can also foretell problems as you may never get them out from under the bed, which can be especially problematic if the owner wants you to administer any medications.

To Pet Sit or Not

If you see obvious problems with a client's animals, you have a few options. You can take the job and hope for the best (which I don't recommend--been there, done that). You can mitigate surroundings, such as keep a shy cat confined in a bathroom, with food, water, litter box and toys. 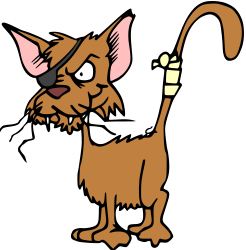 Have a backup resource, such as a relative or neighbor who the animal trusts, and who can either take over the pet visits or help you transport them to a boarding facility. You can work with the owner on a plan to condition the animal to your presence. This will take some time and perhaps a few (or few hundred) treats.  Or you can simply refuse the job, explaining that it's in the best interest of the animal. And then suggest a few trusted alternatives, as well as some animal behavior resources. The client will appreciate your honesty and willingness to suggest alternatives, and perhaps work with you so you'll be able to pet sit for them in the future.