For When You Want Your Hands To Smell Like Your Cat's Paws . . .

If you could choose, what would you want your hand cream to smell
like? A company in Japan is betting that the people there will go
for a fragrance that smells like their cat's paws. So what do cats' paws
smell like? I suppose it depends partly on where they've been hanging
out lately (and hopefully not the litter box). To answer this question
the company, Felissimo, asked people to tell them what those paws smell
like. 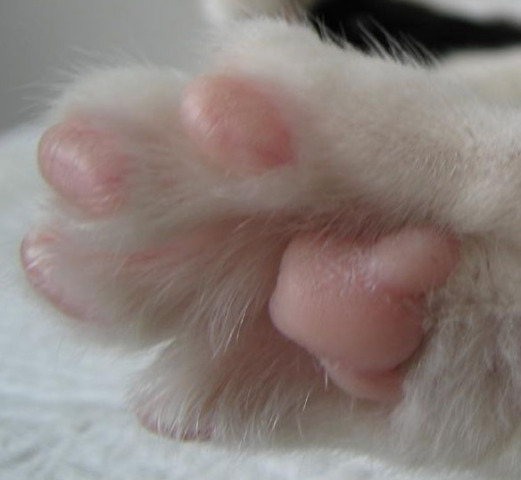 It doesn't seem like the sort of product most companies would even think of, let alone produce. For the online retailer it came about by chance during a brainstorming meeting of their Cat Division. One employee suggested making a hand cream that made hands as soft and squeezable as a cat's paw. The conversation then led to how some cat owners like smelling their cat's paws and finding the fragrance strangely soothing. So they set out to find out just what that smell was and how to recreate it in a hand cream.

While it might appear on the surface that the smell would be reminiscent of digging in the garden or litter box, the floor, trying to get that toy out from under the fridge, and sorting through the trash, cats are extremely fastidious and wash frequently. 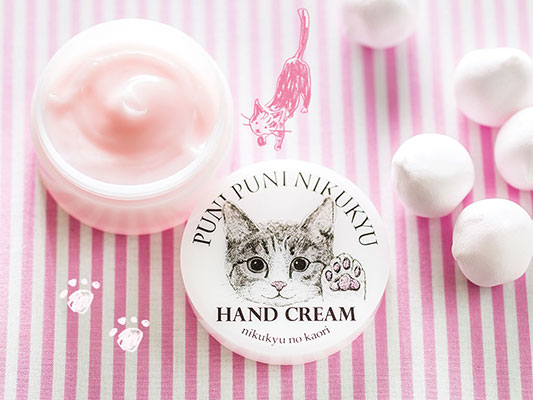 Felissimo started out hunting down the fragrance by going to a cat cafe with the head of the Yamamoto Perfumery Company. There they sampled the smell of the paws on the cats on duty that day. The company then went to social media and asked cat lovers to tell them what their cat's paws smell like. The responses ranged from caramel and crepes to freshly cooked soybeans and wheat. Surprisingly the most common response was that the paws smelled like popcorn.

The resulting fragrance for the hand cream is a popcorn base backed up with a few additional sweet notes. I would love to try this product and see how close it comes to my cat's paws, which I have thought had quite a pleasant, earthy smell when clean. If the fragrance of the cream were just as delicate it would be a nice, unobtrusive smell to have on my hands.

For now the product is only available in Japan -- and don't think that doesn't irk me just a bit! The Japanese get all the cool stuff!