It's not that seeing dogs in a kayak is all that rare or surprising.
It's that they don't usually have seats of their own. Instead they
normally squeeze in with their human, which can get a little awkward. So
when retired surgeon David Bahnson wanted to add Susie to the jaunts
that he and his wife Linda would take on the water he sacrificed some
cargo space in the kayak to add a seat for the dog. 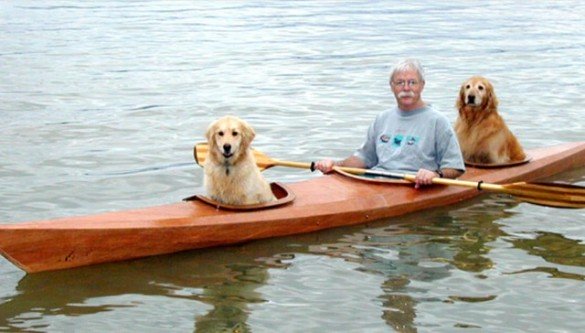 Bahnson had originally built his kayak from a kit so he knew his way around the tiny vessel. He cut an extra hole and surrounded it with a coaming to deflect water away from Susie so that she would be more comfortable. She enjoyed going out as a part of the family. When the family grew with the addition of Ginger, Bahnson cut another hole in the kayak to accommodate her as well. 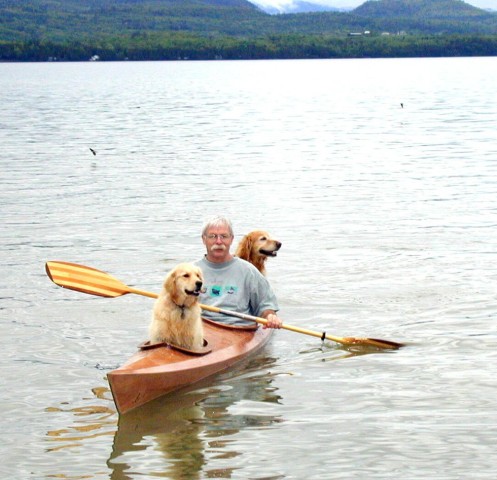 Since there is no foot room for human paddlers in these seats they are just perfect for the dogs.  Though the dogs were excellent swimmers, Bahnson always erred on the side of caution and did not go into deep water. Neither dog ever tried to jump into the water and when they would return to shore they always waited patiently until Bahnson gave them the signal to get out. 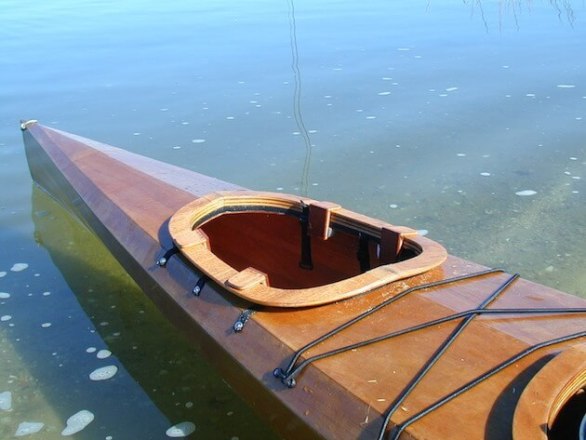 Each time the Bahnsons got out the kayaks to go on adventure the dogs got excited. They knew fun was on the horizon. Perhaps they knew that this was something cool that other dogs don't usually get to do.

Both Susie and Ginger have since crossed the rainbow bridge after good, long lives. Other dogs have come into the family and they have followed in Susie and Ginger's paw prints to take up kayaking. What a cool way for a dog to spend the day!