What The Heck Is A Geoduck?

The geoduck has nothing to do with aquatic birds. Though it looks more
like it comes from another planet, it is actually a bivalve mollusk. It
is a clam -- a very large, edible, saltwater clam. 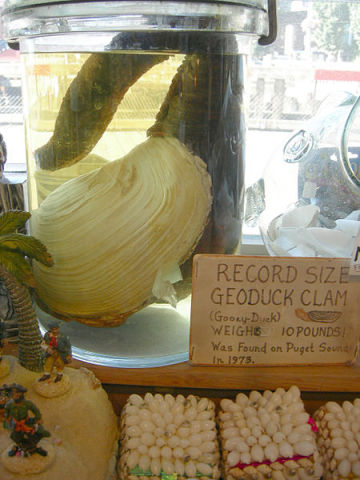 Large geoduck on display in a curiosity shop in Seattle. (Photo by Joe Mabel/GFDL via Wikimedia)

It has an incredibly
large and long "neck" that can grow to over a meter in length. It collects water containing plankton through its siphon as food. It is one
of the largest and one of the longest lived clams out there since it
has few predators other than humans. 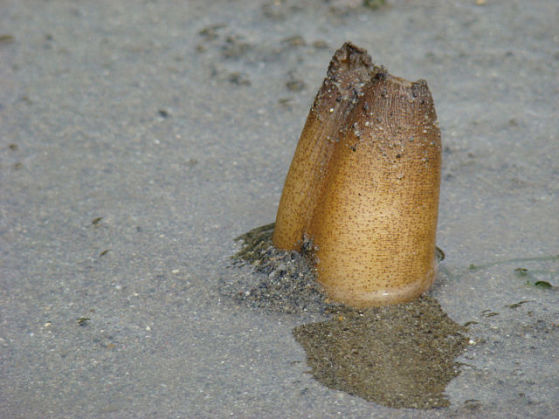 Looking at the name you would think that it is geo as in geographic, but it is actually pronounced "gooey." The name comes from a Native American word, "gweduc," meaning "dig deep."  This is fitting since the creatures spend their lives in one spot, buried in the sand along the coast of North America. It is also known as the Elephant Trunk clam for obvious reasons. 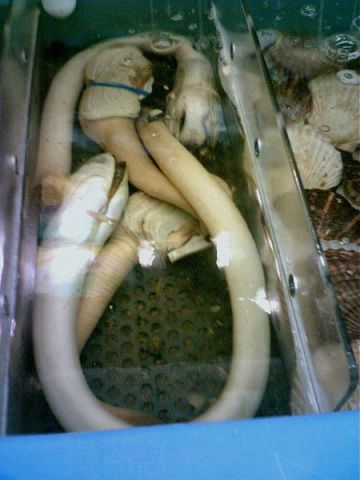 Going out to dig geoducks is no regular day clamming at the beach. The clam part can be a meter deep with the siphon on the surface. Commercial collection of the creatures did not start until the 1970s. In more recent years there as been a huge surge in demand for the mollusks in Asian markets. Now geoducks are commercially farmed to meet that demand. 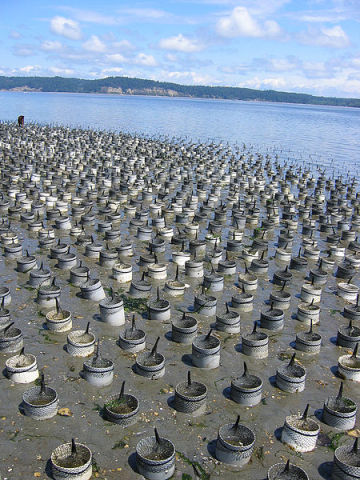 It is the big, meaty siphon that is prized as food, with a savory flavor and a crunchy texture. Each one can cost $200 to $300 in Asia. Eating geoduck is reputed to enhance male potency. It is prepared in many ways from raw for sashimi to soups and stews. 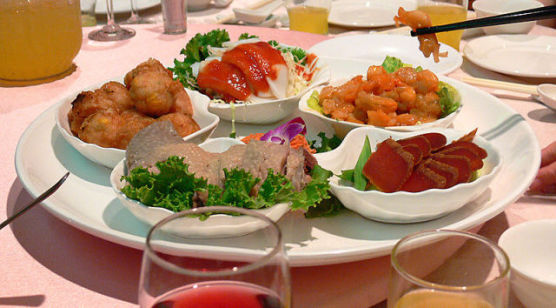 They are the second longest-living creatures on earth just behind the giant tortoise. Their life span can reach 160 years. Scientists are able to determine the age of a geoduck by counting the rings on its shell, just like a tree. 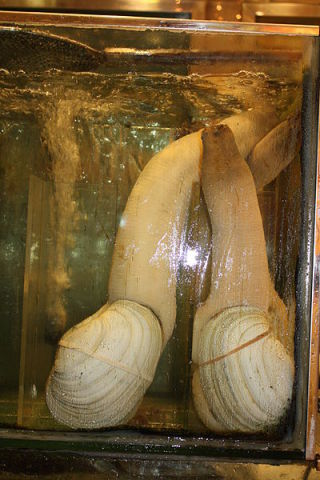 Rings visible on geoducks in a restaurant in Hong Kong. (Photot by J. Patrick Fischer/Creative Commons via Wikimedia)

The geoduck farming industry is coming under scrutiny to determine its impact on the environment. Research in Puget Sound has shown that wild areas that have been fished may need as much as 39 years to recover to the stage of harvest again.

Creatures
News Stories
Science
Weird, Odd or Bizarre
Wildlife
HuggleHounds® University Knottie Tuffut Dog Toys: Because Your Dog Is Tough AND Smart!
Ralph The Golden Retriever Wins Animal of The Year Award
The Cat Who Dialed 911
Animal Intelligence: Is Your Dog Or Cat Smarter Than You?
Comments