One of the first things that we teach children is the sounds that
animals make -- and animals the world over make the same sounds, right?
Well, yes . . . and no. While animals may appear to speak the same
language the world over, humans definitely don't and their
interpretation of these sounds can be as varied as their languages.
While in English-speaking countries a dog says "woof! woof!" in China a
dog says "wang! wang!" 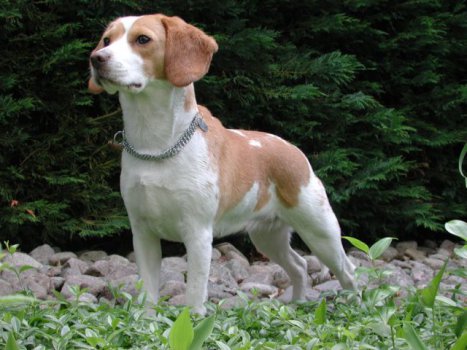 Derek Abbott, a member of the academic staff at the University of Adelaide in Australia, has been compiling a list of the different sounds that animals make in various human languages (and cultures). It is a fascinating look at the differences in our perceptions and the similarities we share.

The difference in dogs barking doesn't end with just woof woof and wang wang of course. In France a dog's bark is "oua oua," while in Greece and Russia it is "gav gav." Japan is similar to China with "wan wan." Italians believe that dogs say "bau bau." That one is at least similar to the English "bow wow." 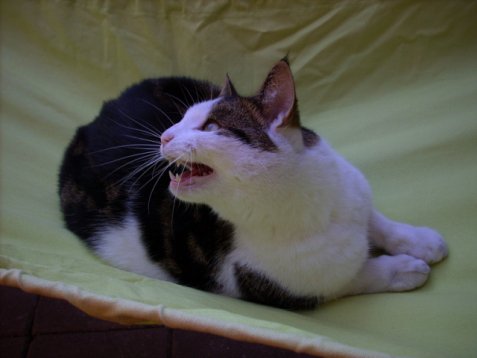 Cat Meowing (Public Domain Image)There is less variation when it comes to cat-speak. Most of the world over there seems to be a form of consensus for some form of the English "meow." In France and Greece it is "miaou," in Germany and Italy cats "miau," in Spanish and Chinese they "miao," and in Russian the word is "miyau." The Japanese diverge and think that cats sound like "nyaa nyaa." The purring cat also make some different sounds -- "ron ron" in French and "goro goro" in Japanese.

Even the buzzing of bees differs worldwide. While here in the U.S. bees buzz and in many places they also really 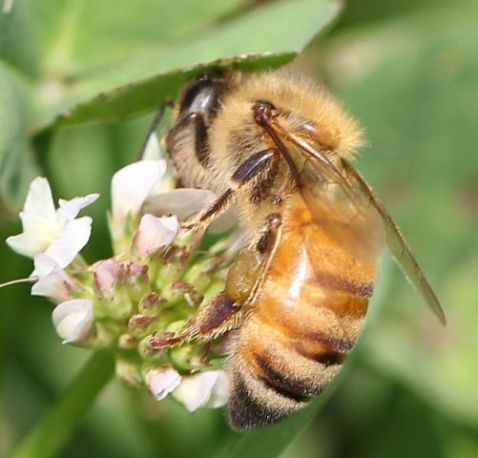 Bee (Photo by Julia Wilkins/Creative Commons via Wikipedia)get their zzzs, in Germany they "soum, soum." Go a bit further south and they "zoum zoum" in Greece. Go farther afield and you get "zh-zh-zh" in Russia and "boon, boon" in Japan.

On farms throughout the English-speaking world folks are awakened by a rooster's cock-a-doodle-do. Not quite the same in other languages. French roosters crow "cocorico!" In German, Greek, and Spanish they are likely to shout some version of "kikiriki" or "kikiriku." Trust the Japanese to be a bit more original -- their roosters go "ko-ke-kok-ko-o."

In Japan many animals sound different from much of the world -- there the ducks go "ga ga," the pigs go "boo boo," and sheep go "meh meh."

The one comforting thing from all of this is that cows the world over all go moo (meuh, mmuuh, muu, mau mau, muuu). To hear how these words actually sound, check out the video below.

That Is One Strong Bee! The Animal Video Of The Day!!!
Shower Of Bees Is A Honey Of A Way To Start One's Day