What Really Happens When Pigs Fly!

If you have always wanted to find out what REALLY happens when pigs fly I
can assure you that they don't check out their insurance on their cell
phones. On Wednesday a woman boarded a US Airways flight out of Hartford, Connecticut
with her pet pot-bellied pig after claiming that it was her mental
health service animal. The 70-pound animal waddled onto the flight
along with the other passengers. 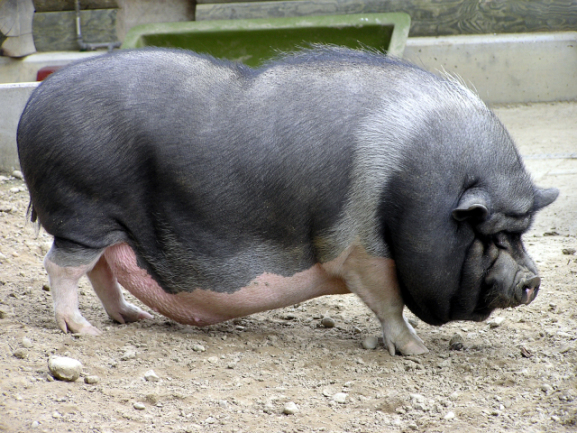 The pig, named Hobie, was tied to the woman's armrest by his leash. One passenger, Jonathan Skolnik, told ABC News that he thought that the pig was a duffel bag at first but then the smell caught up with him. Not to mention that it started walking back and forth. Before the plane could take off Hobie was being disruptive and he and his human were forced from the plane.

Pot-bellied pigs have been allowed on commercial aircraft since 2012,. that is provided they are used for emotional support. This is also provided the animal does not block the aisle or cause some sort of public safety issue. There is no word on what exactly it was that Hobie was doing to be so disruptive.