What Do You Know About Calico?

Calico cats are known for their coat of three or more colors, but many
people don't realize that this is not a breed of cat. The "calico" only
refers to the colors of their fur, not to their breed. A calico can be
any number of breeds, but they are most commonly alley cats. According
to legend the calico cat is supposed to bring good luck to its owner.
What other facts don't you know about these curious kitties? 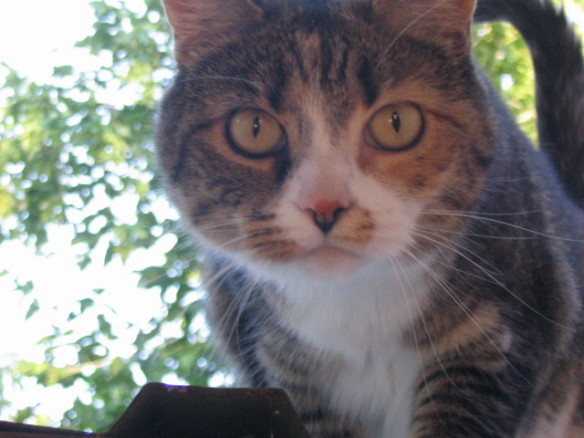 The calico pattern of coloring is also known as tortoiseshell and white. Both calico and tortoiseshell coloring is attached to a mutation in the X chromosome in cats and therefore 99.99% of these cats are female. The rare male in this color combination has two X chromosomes like the girls but also has a third Y chromosome -- a condition known as Klinefelter's Syndrome in humans. These males are usually infertile.

Male calico cats are so rare that it was recently reported that a veterinarian saw only his second male calico in more than 54 years of practice. In this case the little guy was also a Scottish Fold. That propelled him from about 1 in 3,000 to 1 in 1,000,000.

Calico cats fall under the category of tortoiseshell cats but differ only by white spotting. When tabby markings are included in these colorations the cat may be referred to as a "torbie." Because of the genetics involved, it is not possible to breed for these coloring patterns. Even cloning a calico cat will not guarantee that the resulting kitten will be a calico. 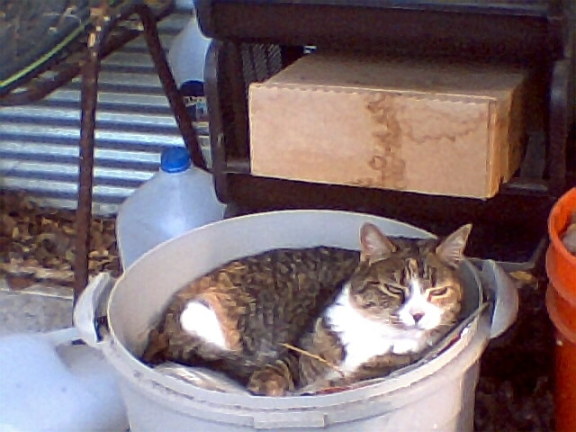 It has been reported by calico and tortoiseshell owners that these cats have an increased level of "catitude." This finding has only been made anecdotally. Some people refer to this as "tortitude." There are no scientific findings to back this up. However, as the roommate of a calico cat I can vouch for the 'tude these cats sport. This is not my only calico relationship. I grew up with calicoes and torties and have had them ever since.

For example, Angelina was a blue-eyed Siamese-mix with tortie points. When I was neglecting any portion of caring for her and her daughter (a blue-eyed pastel calico) she would give me what I would call a "tail lashing." She would sit in the middle of the living room floor, stare me straight in the eyes, and whip her tail back and forth with noticeable pique. I would run down the list -- cuddles? food? ooooooh, litter box! Once I took care of the problem I was out of the dog house with her.

In a funny example, my little Mitzi came to me late in her life. Wherever she had lived before she had been quite into receiving guests. This meant that every time a doorbell rang on the television she would come tearing out from any distant corner of the house to answer the door. It took several months for her to resign herself to the fact that this house did not have a doorbell. 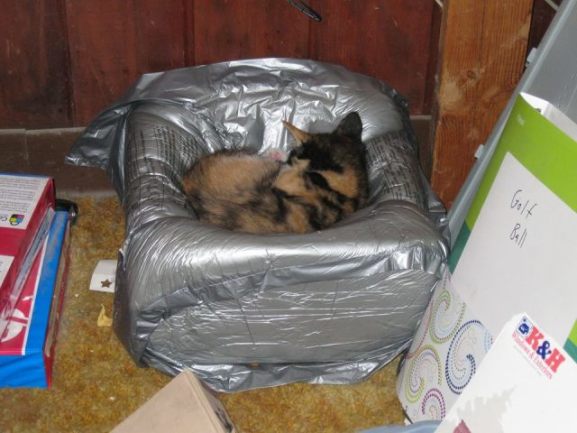 My current girl has figured out how to make me roll over in the night so that she can have her favorite spot on the bed. She sticks her cold, wet nose against my right eyelid. That wakes me up and gets me to roll over in a hurry to avoid a repeat performance. Fortunately for both of us this puts me in the position I normally sleep in.

Calicoes are wonderful cats. They are even the state cat of Maryland.

Friends Fur-Ever: The Stray Cat And The Lynx
The Fast And The Furryest -- The Animal Video Of The Day!!!
Comments