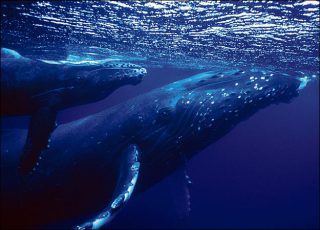 Whale watching: image via animal.discovery.comYou probably don't think about the nutrients in whale poop very often,
but biologists from the University of Vermont and Harvard University
actually made a huge contribution to many scientists and fisherman,
sharing what they learned studying whale poop and which way it floats.

Did you know that increasing the population of whales and whale poop is essential to sea life, and that increasing their numbers will help commercial fisheries catch more
fish, not less.  How about knowing that whale waste can help temper the
damage that humans have done to the environment as a whole?

While much is known about the eco-systems created by microbes, plankton, and fish, not much was known about the contributions of whales and other marine mammals.  The whale biologists, Joe Roman and James McCarthy, studied areas of the North Atlantic where whales are more prevalent.

They found that whale poop carries very important nutrients, such as nitrogen, that contribute to the growth of phytoplankton that many species of fish depend on for food.  Ironically, the presence of whales actually increases the population of fish - though Japan and other country fisheries contend whales are competition for the fisheries.

"We found that whales increase primary productivity," Roman says,
allowing more phytoplankton to grow, which then "pushes up the secondary
productivity," he says, of the critters that rely on the plankton. The
result: "bigger fisheries and higher abundances throughout regions where
whales occur in high densities," Roman says.

Roman and McCarthy also found that whale feces float up to the surface of the ocean, not down, as was previously assumed.  While the fecal material produced by fish travels down to the bottom of the ocean floor, the feces of marine mammals float upwards where respiration is more available.

Roman, McCarthy, and their colleague developed a model that explains the eco-system of the ocean on a macro level.  They call it the Whale Pump. 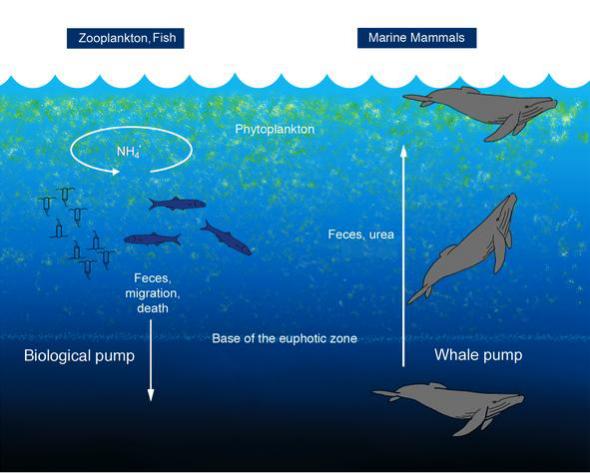 Contrary to what some countries are advocating, lifting the ban on harvesting marine mammals, the researches say that we should be increasing the population of marine mammals to the pre-harvest levels.  " By restoring populations we have a chance to glimpse how amazingly productive these ecosystems were in the past," Roman affirms.

The full study is published in PLoS ONE.

Science Daily, Save The Whales

Scratching While Napping: 7 Cat Scratcher Nappers In The Round