I try and go through life without signing up for causes and without getting involved in politics or letter writing campaigns, secure in the assumption that I am right about everything I care about and that very few others care about those things anyway.  I don't mind being a crank, but I prefer being a fairly private crank. But last year, around this time, Westchester County officials proposed to shut down all or most of the nature centers run by the County's Department of Parks and Recreation and I wrote a couple of letters setting out my views on how short-sighted that would be. A lot of other people did the same. In fact, there were demonstrations at a public hearing with kids dressed up in salamander costumes (amphibian walks for families are regular events at the nature centers).  Eventually, the money was found to keep all of the centers open (with some cuts due to retirements or something, but the details are not important).

I was surprised that the County gave in and even more surprised that so many people protested the proposed shutting of the nature centers.  Of course, my letters argued that the nature centers were popular with parents and kids, but I'm not sure I believed it myself at the time. All of that is a long way of saying that more people care about our wild heritage in general, and Westchester County's nature centers in particular, than I believed a year ago. But if I thought the Westchester County officials responsible for putting together the budget figured that out as well,  I was wrong. They are right back at trying to slash the same programs, as well as the deer management program, this year. 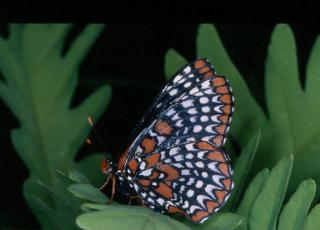 Now, it's not news to me that these are tough economic times.  And I am certain the County took a fiscal hit from the recent storm.  In fact, I heard of the proposed cuts when I made my first post-Sandy visit to Ward Pound Ridge Reservation (the jewel in the crown of Westchester County parks) and saw the tremendous amount of blowdown damage suffered by the reservation's pine groves (which were planted by WPA workers during the Great Depression).  But still.... Westchester County is one of the 50 wealthiest counties in the USA (which has more than 3,100 counties or county-like entities) .  The USA is one of the wealthiest nations on the planet, now and ever.  If a top 50 county can't afford  to run a handful of nature centers, who can?

This time the County is saying it will keep the centers open but is cutting the people who staff them.  I don't understand how that is possible and it sounds like a recipe for disaster (and lawsuits) if buildings with all sorts of  sharp forestry equipment are left open unsupervised.  I know the folks who work at the centers and the County is lucky to have such hard-working and dedicated naturalists working for it.  I also know that the jobs the naturalists and curators do for the County consist more of back-breaking landscaping work and trail-clearing than identifying wildflowers and lichens.  But above all, what these people do is share their knowledge and enthusiasm for nature and the outdoors and all of the County's living things with children and the elderly and anyone in between who has time to look and listen and smell and feel and think about what all of it means. 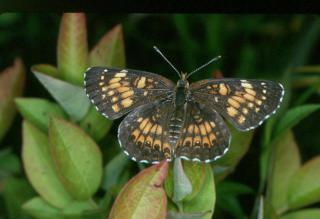 The deer management program, as I said above, is also to be cut. The relationship between deer overpopulation and habitat degradation is a complex one, and, in some cases, I think it is oversimplified.  But Westchester County clearly has more deer than it can support and those deer are almost certainly a factor in declines of native species of plants and their associated insects, including quite a few species of butterflies that have either disappeared or have declined precipitously in Westchester. Two of those species are illustrated here.  The Baltimore Checkerspot has not been seen at Ward Pound Ridge in a decade despite having  been fairly common there prior to 2002 or so. It still persists in the County at a few other sites, at least it did as of this past summer. Harris' Checkerspot has disappeared from other locations in Westchester, but is still hanging on at Pound Ridge, which may be its last stand in the County. Its cousin, Silvery Checkerspot, also disappeared from Pound Ridge and I am not aware of any locality in the County where it can be found. In each case it has been reported that the plants needed by these species for their caterpillars to survive are preferentially eaten by deer.

But even if Westchester County officials do not understand the relationship of deer overpopulation to declines in biodiversity, you would expect that they understand that too many deer are a safety issue for humans. Each year, on average, 150 people are killed in automobile-deer collisions in the USA with over 100,000 human injuries. That's to say nothing of the property damage to the vehicles which is over a billion dollars.  Those number are nationwide, but deer in Westchester County are just as likely to cause traffic accidents as anywhere else, probably more so, as Westchester County is more densely populated than most other regions with significant deer populations. In fact, though, the program was the result of a two- year study conducted by the County itself that concluded such a program was necessary to protect biodiversity and forest regeneration as well as water quality. In addition, a great deal of the work is done by volunteers and the position that the County proposes cutting is that of the coordinator of the program, without whom nothing constructive will get done.

So I suppose I have to write another letter to Westchester County officials letting them know how wrong-headed this move is and how I am sure that, if they look hard enough, they will find the relatively small amount of money that is all it would take to protect the environment and human health and safety as well as ensure that the County's children will still have the opportunity to look for Marbled Salamanders and listen for Spring Peepers when March rolls around again. 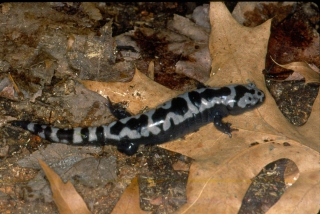