Okunoshima is an island in the Inland Sea of Japan in
the Hiroshima prefecture and, despite its dark past, is now known more
commonly as Usagi Jima, or Rabbit Island. The island is a tourist
destination and sports a hotel, golf course, hiking trails, and
campgrounds. One of the real draws of the island is the hundreds of
feral but friendly rabbits that have the run of the island. 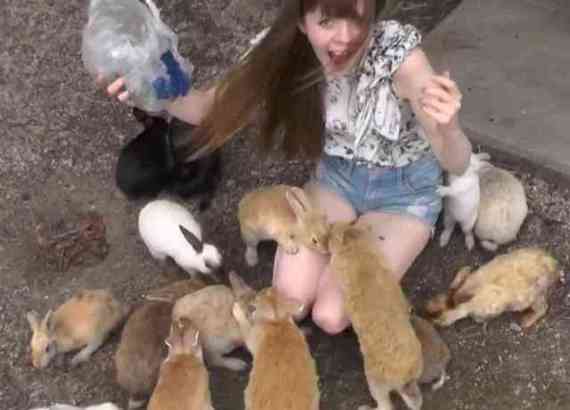 Mira, a Tokyo Resident, with the Rabbits (You Tube Image)
For a number of years during the 20th Century the island was used by the Japanese army as a facility for the research, development, manufacturing of chemical weapons (primarily mustard gas). It was closed after the end of World War II. A museum dedicated to the dangers of chemical weapons remains.
The basic story is that the rabbits from the test labs. Exactly how this happened remains in question, but domestic rabbits were unleashed to live free on the island. With no predators the island was a lovely bit of paradise for the bunnies. 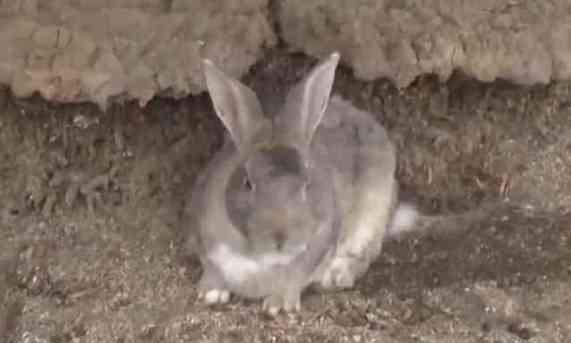 A Rabbit of Rabbit Island (You Tube Image)
In the nearly 70 years since the end of the war the rabbits have settled in, dug their warrens into the hillsides, and proliferated as is their wont. There is no exact number known for just how many of the little fur balls there are on the island, but one estimate is that there are around 300.
The rabbits have become somewhat wild, but they are quite well socialized to humans. People come to pet and feed the rabbits, some bring carrots, lettuce, and cabbages, others buy rabbit food in the hotel shop. The rabbits are not shy about crowding around and climbing into laps. They enjoy being pet and receiving attention beyond the food, but make no mistake -- the food is at the top of their list. 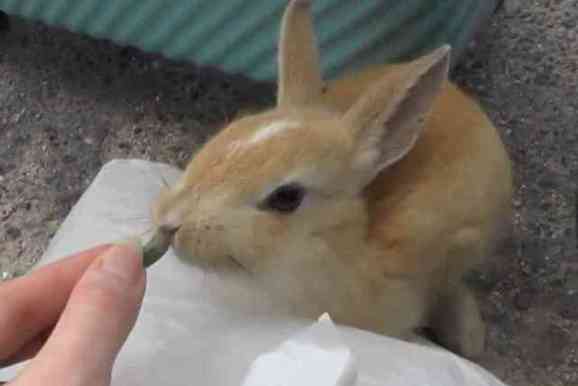 A Baby Rabbit of Rabbit Island (You Tube Image)
Though they are basically considered wild, some other human help is evident in the form of pans of water left out around the island to make sure that the animals stay well-hydrated. This is probably due to the fact that the ground water on this island is still heavily contaminated with arsenic.
Much like Japan's Cat Island, the presence of the gentle and friendly creatures has created something of a tourism boom, particularly among Japan's many apartment dwellers who cannot have pets.
Sources: Mother Nature Network, Huffington Post, Wikipedia