If you think that political news is hot these days, wait 'til you read
The Buzz in the animal world!    I'll put some of Lady Bee's Buzz out
there for you today that you might not have heard about, from the
meaning of horse whinnies to the cancer-fighting venom found in a
certain species of wasp, from animal heroes to conservationist heroes,
from the citizenship rights of pandas in the US to the rights of dogs in
China... There's more, but read on. 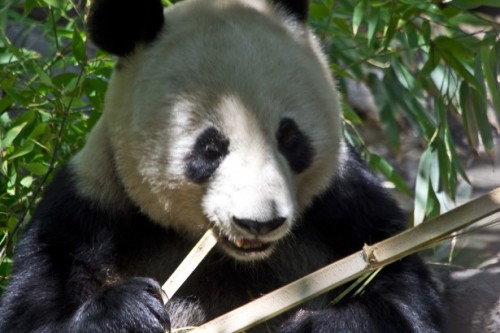 Pandas Born In The U.S. Do Not Have Citizenship Rights!

Of all things, pandas born in the U.S. whose mothers and/or both parents came from China do not belong to the U.S., or to the zoo that nourishes, houses, and helps birth them. The adult pandas are on loan to the U.S. from China, and offspring, as well as their parents are intended to be returned to China within a few years. (L.A. Times) 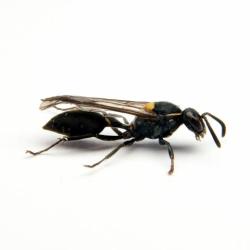 No, this is not
your supermarket rag, but serious scientific research.... The
Brazilian social wasp,' or Polybia paulista, stings with venom that contains a substance called MP1(Polybia-MP1)
that attacks cancer cells without affecting normal cells. This
discovery could lead to a big break-though for cancer therapy.... "Cancer
therapies that attach the lipid composition of the cell membrane would
be an entirely new class of anticancer drugs," according to Paul Beales
of the University of Leeds in the United Kingdom, who co-authored a
study of MP1.  Read more about this discovery at PhysOrg.com.

Research from the University of Huddersfield
in Great Britain shows that cadaver dogs can be very useful in finding
drowned bodies.  Researcher Lorna Irish found that dogs trained as
cadaver dogs can find bodies, using both their sense of smell and taste,
even up to 15 metres below the surface of the water.

Cadaver dogs can locate drowned bodies using both their sense of smell and taste: image via Huddington University 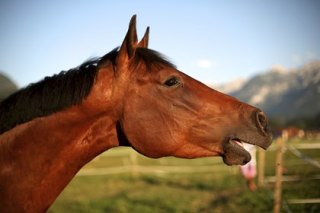 Horse whinnying: image via thehorse.com Swiss researchers studied groups of horses stabled together and discovered that not only could the horses identify the emotional nature of each others' whinnies (e.g. happy, sad, in pain, etc.), but they respond in whinnies that communicate the same emotion, thus expressing empathy with each other. Read more about this study at TheHorse.com.

A woman in Melba, Idaho was saved by her cat from dying in a trailer home fire. The cat pawed the woman's 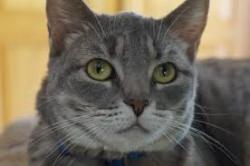 image via wikipedia.orgface until she woke up and was able to run from the house.  Unfortunately, the woman's dog had already perished in the fire. (Local News 8, Melba, ID)

The last canine rescue dog from 9-11, Golden Retriever 'Bretagne,' celebrated her sixteenth birthday in New York City, where she and her handler were flown from Texas, compliments of BarkBox.  Bretagne and owner/handler Denise Corliss were part of the team that searched for bodies under the rubble of the World Trade Center. Bretagne and Corliss were limo'd to a fancy hotel with lots of doggy comforts, given a 'sweet sixteen' party, and recognized by a big billboard on Times Square. (ITV.com) 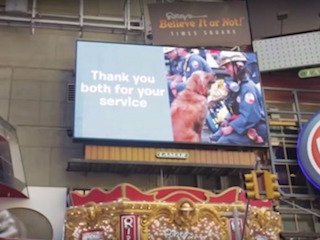 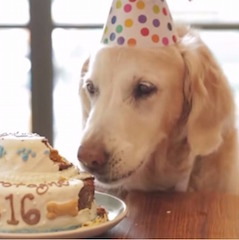 Lots and lots of kudos to the Audubon Society of New York and the Municipal Art Society of New York for turning off the 9/11 Tribute Lights when too many birds had gathered in them.  The strong beams of lights, which could be seen from 60 miles away, attract all kinds of birds, and they can be hurt by bumping into each other or from the fatigue of flying so long a distance.  But monitors from the Audubon Society and some 9/11 survivors took turns watching out for them and when too many gathered they notified the Art Society, which turned off the lights for 20 minute intervals.  That's caring! (The Gothamist) 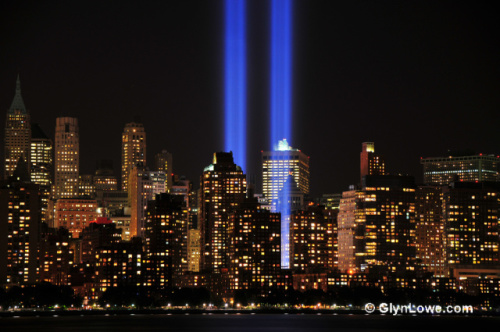 China's In The Doghouse!

If you think that China violates the rights of its citizens, imagine what it does to its pets.  The irony?  A citizen group in one village convinced the government to make owning a dog illegal and to kill all dogs in the community if owners don't 'get rid' of the dogs themselves.  You may not want to read any more of this, but here is a link anyway: CBSNews. (You don't want to see a photo....) 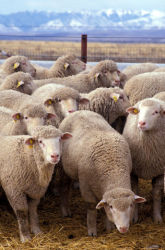 No More Dollys: image via wikipedia.comRemember
the first famous cloned sheep, Dolly? She was born in 1996 at the
University of Edinburgh, Scotland.  Since then, Great Britain's animal
cloning practice has been largely for scientific purposes, but other
countries, particularly Asian countries have been cloning animals and
selling their meat and by-products commercially.  The European Union has
taken a stand on this practice by deciding to ban animal clones,
offspring of clones, and byproducts of clones. (RDMag)

Believe It Or Not!

Yes, this came from respectable sources, Creature Features and The Associated Press ....  A 2-year old boy was found at a mechanic's workshop in the Chilean desert nursing from a pregnant dog! The boy was taken to the hospital by the police, where it was found that the child was malnourished, lice-ridden, and skin-infected. The police suggested that the dog probably saved the child's life. A Chilean welfare agency has taken the boy after his mother arrived drunk to the hospital. 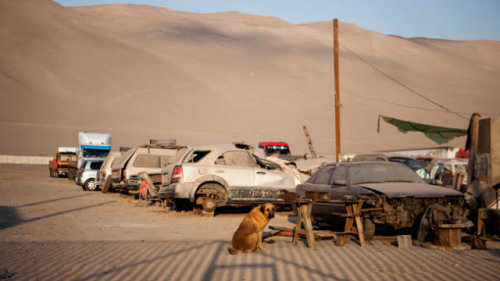 See also: The Buzz! The Best City for Pets, Dog Makeup, and More....

A Pet Feeder With Facial Recognition: The Mookkie Bowl
Comments