Researchers are learning some spooky stuff about animal communication and what the 'calls of the wild' mean. Can you believe that even their zookeepers never heard resident giraffes exchange vocalizations? I'll report why, along with what a certain male monkey doesn't possess if his calls are low and loud, and which house cats have the biggest attitudes.  Plus there's news about El Chapo's botched capture during a monkey rescue he apparently engineered, and the rescue of a 3.8 pound hairball!  Oh, there's more....

I bet you're dying to know about the hairball!

This is the hair ball, reportedly all hair! I didn't say it would be pretty. 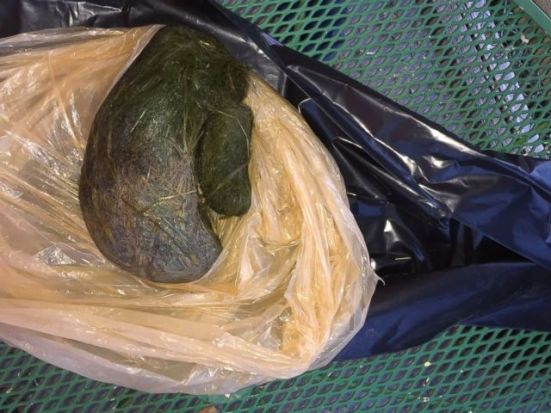 When the cat started acting lethargic and not eating, veterinarians explored several possible reasons, until finally they observed a large hairball in the animal's stomach.  It was 3.8 pounds of solid hair, according to doctors at the Colorado State University Veterinary Teaching Hospital who removed the hairball.  (ABC News)

This is Arthur, the big feline with the big hairball. 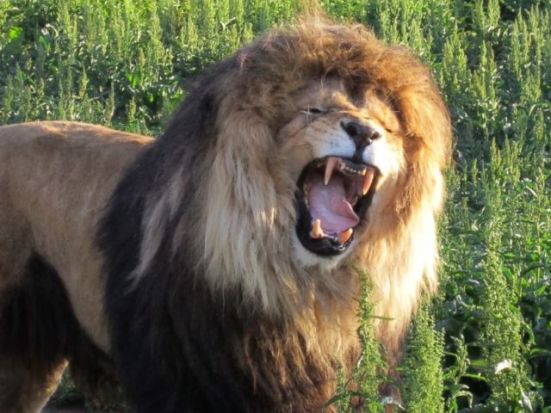 Arthur, an 11 year old lion at the Wildlife Anaimal Santuary in Keenesburg, CO

The largest hairball ever surgically removed (so far as I know) weighed 9 pounds. It was taken from the stomach of an 18-year-old girl.  (USA Today) 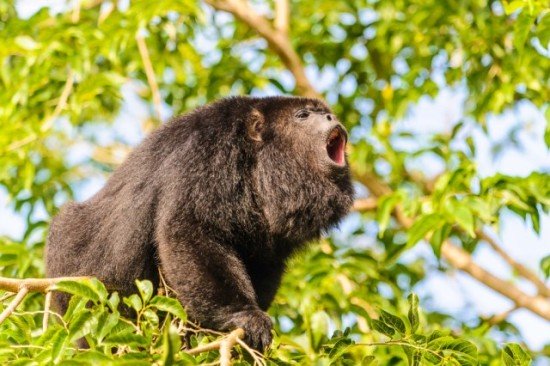 In many wild animals, the vocalizations of the males communicate their physical power and their mating prowess. But in howler monkeys the deeper and louder the calls, the smaller the testes.  Instead the low, loud calls revealed a larger hyoid bone in their necks that seems to amplify the calls.

Like Pork Chops? What Does This Information Do To Dull Your Taste Buds? 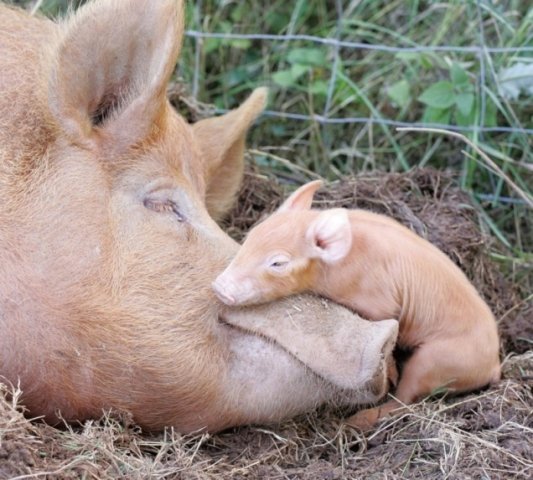 Aside from being a cancer contributor, pork, processed or not, comes to your table at the cost of animals that you probably should consider owning as pets rather than food sources.  In an article documenting the intelligence of pigs in this month's issue of Natural History Magazine, the authors provide many examples of the sophistication of their social interactions. "Our findings suggest very strongly that pigs deserve inclusion in the “smart” animal club. Pigs live in complex social communities, they love to play, and they recognize each other as individuals. They are adept at solving mazes and other tests involving object location, and they can recognize a simple symbolic language. They have excellent long-term memories," the authors write.

In addition, pigs even recognize each other's voices, suggesting an even higher level of communicative ability than other animals that are raised primarily as a food source.

A recently published article in the journal Nature Communications reveals that families of sperm whales have their own dialect and that the dialects reflect relationships and stature in the family or clan.  This was learned in the Galapagos Islands, where at least two clans of sperm whale can be found.  Though recently discovered about sperm whale, killer whales and humpback whales display unique dialects within families as well. (via National Geographic)

No one ever heard a giraffe call?  Amazing as that may be, it is only now, in 2015, that biologists at the University of Vienna, after listening to 1,000 hours of giraffe audio from three European zoos, have identified a "hum." It's not a tune, no.  It's more like a deep, deep groan. (New Scientist)  Here... you decide: 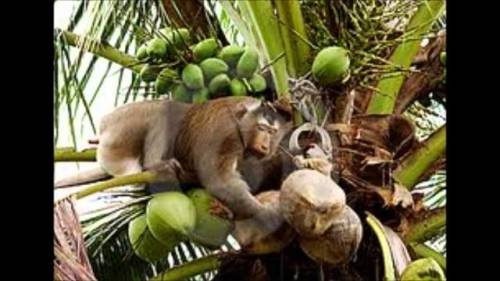 Yes, it's true. Monkeys, mostly macaques, in Thailand and other Asian countries where coconuts are a popular export and local food source, monkeys are trained to pick coconuts.  This discovery was news to Animal Place, which claimed in early October that the monkeys are often treated cruelly and that using monkeys was a violation of a worker's right to work.  The organization polled companies that make coconut products to compile a list of companies that do not use animal labor.

But there's another side of the story, of course.  When the international press got involved, companies and macaque trainers were interviewed and were told that not only were the monkeys treated well, but that the animals actually protected the lives of the human workers as they could climb higher, more safely, and were less at risk for falls.

The Snarkiest Cat Of All? 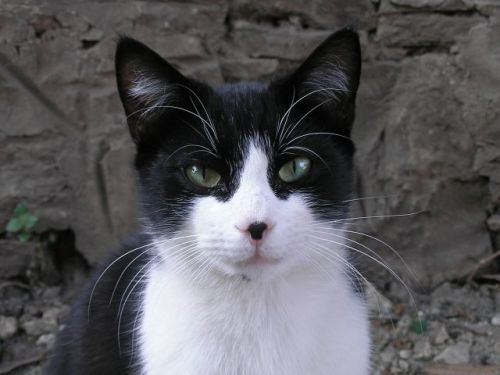 According to what 1,200 cat owners told researchers, their black and white cats had the least agreeable personalities, along with grey and white, and tortoiseshell and white colored cats. Though these cats showed more aggression towards their owners, black, grey, all white, and tabby cats were reportedly more placid pets. Yeah, blackies! (Telegraph) 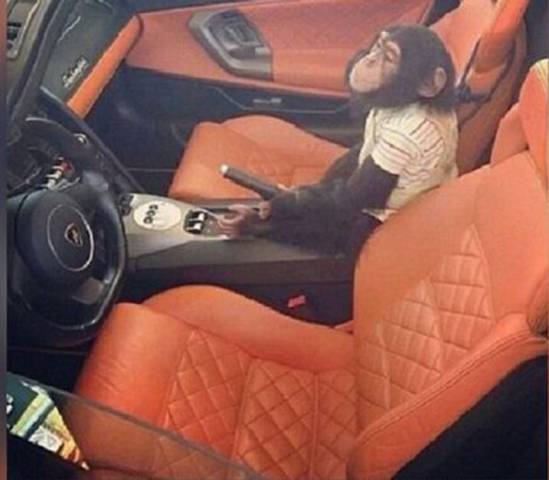 Details
are sketchy, but 'Boots,' the pet monkey which belongs to the 4-year
old twin daughters of Joaquin ‘El Chapo’ Guzman, was reportedly being
transported by El Chapo's brother-in-law, was being tracked by police
almost to the point of El Chapo's reported hideout. Mexican authorities
were hopeful that they would catch their most wanted criminal, but they
did not. Nevertheless, the monkey did, reportedly, make it to the girls'
home. (Metro)

Read more of The Buzz! It never gets old....