The Weekly Buzz! Elephant Bash, Alligators On Helium, Cat On Your Head? & More... 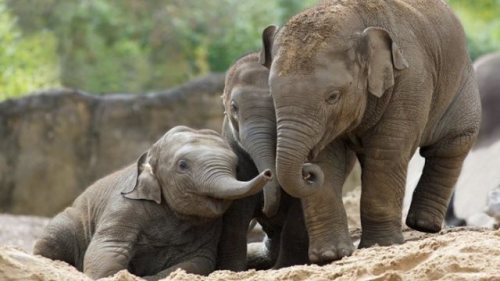 A birthday bash for elephants, cats on your head, alligators on helium, and
pet poisons, with pet advice from Dwayne 'The Rock' Johnson... These stories and more are
here for your curiousity at the Weekly Buzz!

Oh, to be in Dublin for the elephant birthday party of the century, held last month at the Dublin Zoo. Three baby elephants, the youngest of which was born in July, were all celebrated with a birthday bash, but it's hard to see how they could have more fun than they do every other day!  These photos make Kavi, Ashoka, and Samiya (the female) spend lots of time together, and they even sleep piled on top of each other! (UTV.ie)  See if you can catch these 'cuties' on the Dublin Zoo webcam. 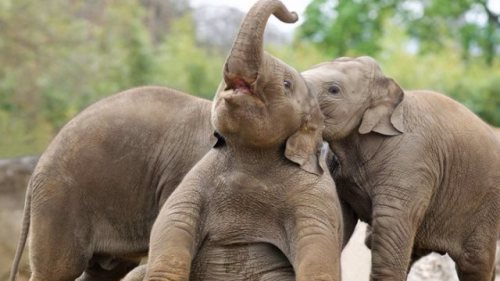 In attempting to find out why alligators bellow, researchers infused the cages of the study animals with helium to enhance the volume and pitch of the alligator calls.  Their findings concluded that bellows serve to communicate the size of the alligator, which assists males and females in finding the right mate! (JEB via PopSci) The research involved Chinese alligators; listen to an un-enhanced bellow below!

Why Cats Sleep On Our Heads

I always thought that when my cat sleeps on my head, he is expressing dominance, sweet as my kitty may seem.  But cat behaviorist Marilyn Krieger says cats sleep on your head to keep warm, as our head emits body heat.  That cats need to self-regulate their body temperatures explains everything from why they hide in drawers to keep warm and why they curl up in sinks to keep cool.  Makes sense, even though it feels kind of weird to have a cat on your head.  (via Catster) 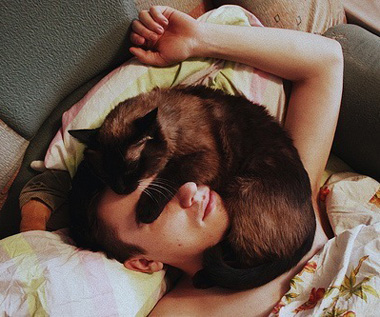 Why is my cat sleeping on my head?

Brits Do Love Their Pets

Especially fish, it seems. Forty-four percent of British households have fish, while only 30 percent have at least one dog and 23 percent have at least one cat. Cat ownership has gone down a "small but significant" percent, according to the lead researcher in a study conducted by University of Bristol and Cats Protection.  To be fair to cats though, the study reflects a drop of only one percent between 2006 and 2011. (Daily Mail)

Just give your pet a popular British name. The most popular male dog name in Britain is Alfie; for male cats, it's Charlie.  Female dogs and cats are called Poppy most often.  Feel free to use these names for your pets if you are an Anglophile... but whether you call your dog or cat Alfie, Charlie, or Poppy, you have to use a British accent! (Mirror)

And, In Significant British Pet News...

British dogs and cats can share their ails with a vet on a video chat called PawSquad.  One of the founders got the idea for the 'Skype for pets' when he couldn't find the information he needed on how to treat his arthritic dog.  PawSquad is a great idea for non-emergency pet advice and it saves money, time, and the stress of packing up pooch and driving him to the vet.  PawSquad costs just £15 for 15 minutes of video chat.  (via Daily Mail)

Here's a cute video showing how PawSquad is set up....

Mushrooms And Other Pet Poisons

Warning From Dwayne 'The Rock' Johnson

Just a month after rescuing his puppy French bulldog, Brutus, from drowning in his swimming pool, the puppy ate a bad mushroom in Dwayne Johnson's yard.  Johnson went on Instagram warning pet owners: "I encourage all of you out there to be mindful of mushrooms in your yards, parks or anywhere outside your dogs play. What looks innocent, can be deadly to your lil' family members."  Sorry, little Brutus; may you rest in peace. 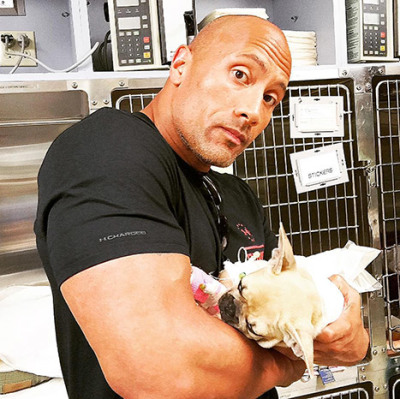 Dwayne 'The Rock' Johnson and his puppy Brutus.

And Another Pet Poison...

Xylitol is not generally found in pet food, but it is poisonous to dogs and to wild birds.  A sugar alcohol, Xylitol is often used as a sweetener to replace sugar, as it has about a third fewer calories.  Xylitol is sold commercially to be used in cooking and baking.  It is also used in some lower calorie foods such as chewing gum and candy and dogs seem to love the taste.  Watch out for chewing gum!  If your dog ingests Xylitol, he must receive immediate emergency medical attention. (Examiner)

Where Is The World's Biggest Pet Store?

In Duisburg, Germany, a city along the Dutch border is a 130,000 square foot pet warehouse called Zoo Zajac, which houses not only pet supplies but 250,000 individual animals of 3,000 species!  Norbert Zajac, founder, is 61 years old and rides around his store on a moped, has been breeding and selling pets since he was 8 years old.  The entrepreneur's story is an interesting read in The Week. 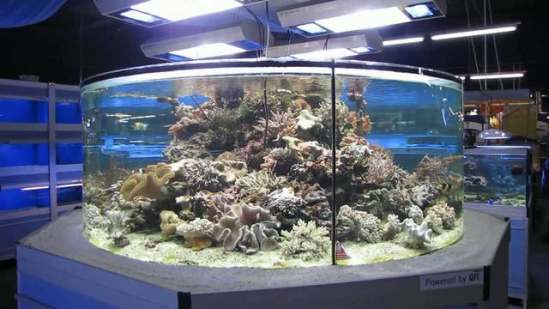 Pets Are Healthy For Infants!

Most people believe that pet dander is unhealthy for newborns and infants.  But Dr. Nina Radcliff, who writes for The Washington Times, says that pet dander actually helps newborns develop resistance to allergies, asthma, and eczema. Another benefit for young children is that owning a pet helps them develop empathy for others. 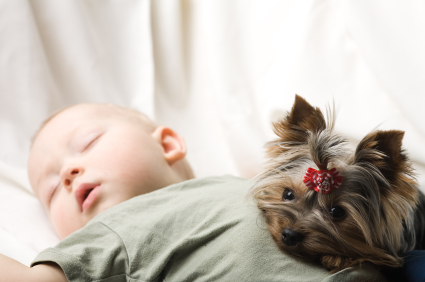 Well, that's the buzz for today!

And read these... The Buzz never gets old!

The History Of The Saint Bernard

Chewy.Com Wants To Be Your Go-To Source For Pet Product Home Delivery
Comments