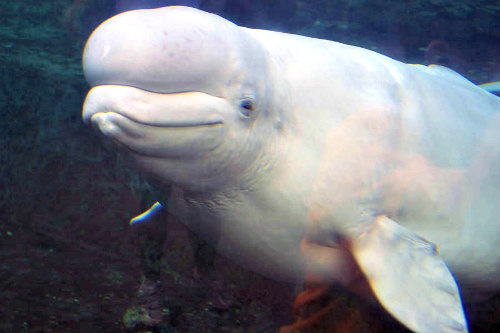 Certain creatures are well known for their sensitive sides. Take elephants, for instance, the largest mammals on Earth. Elephants are extremely sensitive creatures that have been known to travel hundreds of miles to return to gravesites of lost loved ones or refuse to leave the side of dying family members. Well, studies now show that some of the largest members of the sea have the same emotional depth. Yup, whales and dolphins have been studied in great length in order to decode their behavior, and they clearly exhibit signs of happiness and sorrow.

During an eight-year study of beluga whales at Marineland of Canada, in Niagara Falls, Ontario, researchers from Canisius College sought to determine what meanings, if any, there were to their propensity toward bubble blowing. After 5,000 minutes of observing beluga whale “bubbling” it is believed that the bubbles may well be an expression of their mood. To begin with, scientists deduced that the bubbles blown by beluga whales fell into four distinct shape types, most of which came from their blowholes. 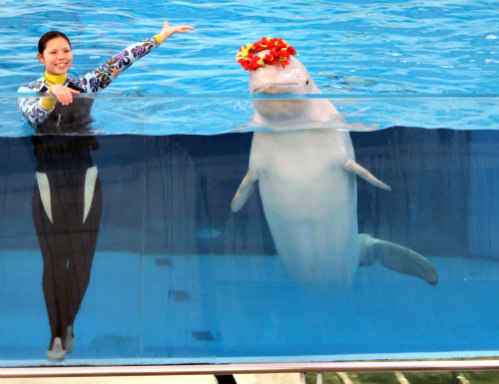 The four types of bubbling noted from the mammals were what are called blowhole bursts, blowhole drips, blowhole streams and then mouth rings. The whales perhaps best known for their resemblance to dolphins tended to make the mouth ring bubble shapes and the blowhole drips when at play. This was most commonly found in the female whales, leading researchers to the conclusion that female belugas are perhaps a bit more playful than the males. While the gals might be minxier, they also tended to startle more easily.

According to researchers, adult female belugas made blowhole burst bubbles on a more frequent basis than the males. This type of bubble burst is thought to be a startle reaction perhaps similar to our fight or flight instinct, “which suggests that adult females are more reactive by nature than adult males,” said animal behavior professor Michael Noonan, leader of the team effort. By contrast, juvenile male belugas made blowhole burst bubbles more frequently than young females. Noonan felt this behavior “reflects a rowdier level of play bouts in younger males than females. 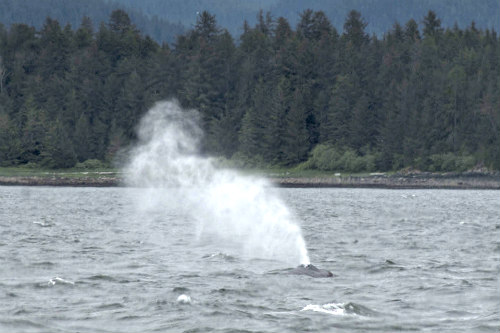 Whales might be playful or easily startled, but like most living, breathing creatures they’re also capable of feeling aggression. Scientists observed that blowhole streams were most often seen in connection to adult and juvenile males. The behavior, when witnessed in humpback whales, is believed to be an exhibition of aggression, but in belugas they’re not quite as sure. That’s because the team seldom witnessed overt aggression among the whales being studied. “More typically,” Noonan said, “we saw Belugas produce blowhole streams when two whales were parallel swimming in an amicable fashion.”

Noonan also remarked that there were heavier bubble days than others. “In working with these animals, we definitely found that there were ‘bubble days’ and 'non-bubble days,’” he said. Noonan also added, “A contagious effect, in which the bubbling of one Beluga stimulates or at least facilitates a similar bubble release by another whale, could explain the occurrence of extremely high bubble days at frequencies greater than that predicted by chance.” On average, they blow 58 bubbles per minute and nearly 90 percent of them come from the blowhole as opposed to the mouth. 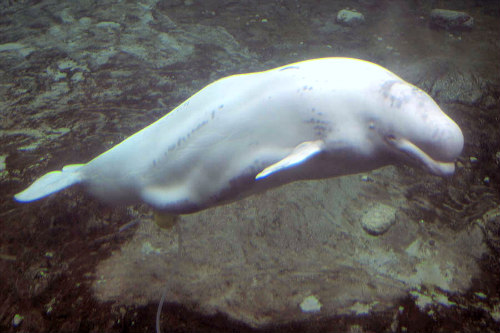 It’s also been determined that dolphins and whales squeal with joy. A new study supports what scientists have long suspected, and that is when the mammals are given a treat the resultant squeaks and squeals are those of happiness. The findings, published in The Journal of Experimental Biology, provide ample evidence that dolphins and whales really do experience happiness and joy. “We think we have demonstrated that (the squeal) has emotional content,” lead author Sam Ridgway, president of the National Marine Mammal Foundation, said.

After delving through decades of prior marine life studies, Ridgway and his fellow researchers examined the noises of dolphins and beluga whales, which had been trained to associate either a whistle or a buzzer sound with a reward of food. It didn’t take long before the marine mammals seemed to be energized with happiness after merely hearing the sound, much less receiving the food. The anticipation alone was enough to make them perk up and squeal with joy at the thought of receiving a tasty fish treat. Dogs have been known to display the same behavior — heck, so do people. 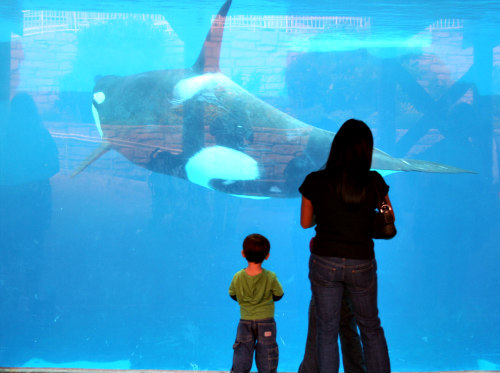 When kids (and some adults) squeal with happiness there’s a 100–200 millisecond delay between the moment of the event that spurred the noise and the utterance of the actual sound. That’s because the feeling of joy prompts the release of dopamine in our brains. If you’re not familiar, dopamine is a neurotransmitter that helps control the brain’s pleasure center. Once dopamine is released into the system, people usually get a warm, fuzzy feeling and may even get a lift in self-confidence.

Ridgway was understandably curious if a comparable dopamine release delay occurred in dolphins and whales as in humans. His hunch was well founded. After measuring the timespan between the buzzer or whistle sound and the marine mammals’ squeals they were spot on with humans at around 200 milliseconds, on average. “The dolphins take an average of 151 milliseconds extra time for this release, and with the belugas … it’s about a 250 millisecond delay,” said Ridgway. 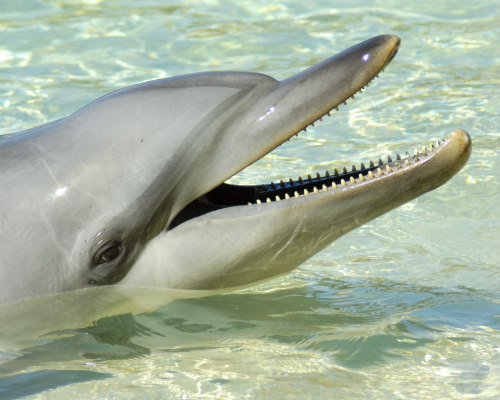 Sadly, grieving mothers in the wild who have lost a calf have been witnessed circling their young and refusing to leave their side after they’ve become ill or attacked by predators. They continue to nudge them as if hoping to revive them. It can be a long time before they finally give up. In this way whales are a lot more like elephants than most people understand. Mother whales have even been known to adopt an orphaned calf rather than let it succumb to the sure death that’s in store for it if left to its own devices.

This is a huge risk for a whale that may only have enough milk supplies for her own calf and enough energy for herself, but many times she’ll risk it anyway. Calculated risks are something creatures with the ability to feel undertake, not mindless beings. So, the next time you hear somebody say, “It’s only an animal,” remind them that animals have feelings, too.