The historic Algonquin Hotel in Manhattan is best known for the
Algonquian Round Table -- a daily gathering of journalists, actors,
authors, and publicists beginning in 1919. For ten years the "Vicious
Circle" met to exchange ideas and barbs. A few years later a battered
stray cat waltzed through the front door to establish himself as the
resident cat. The hotel has had a cat in residence ever since. 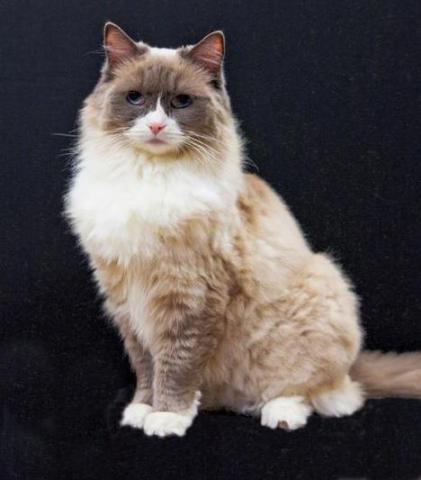 It was the late 1930s and Frank Case, the owner of the hotel at the time, adopted the bedraggled ginger tabby and nurtured him back to health. Case had named the cat Rusty but actor John Barrymore insisted that the animal needed a grander, more theatrical name and dubbed him Hamlet instead. It was probably no coincidence that Barrymore was starring in Hamlet on Broadway at the time. 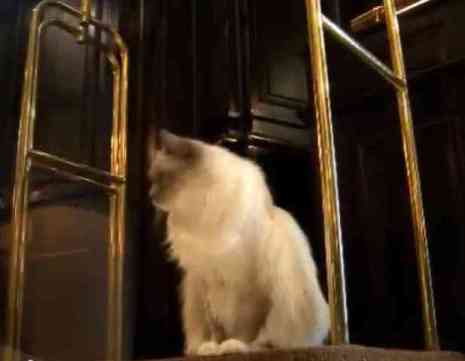 Matilda, The Algonquin Cat (You Tube Image)The current denizen of the hotel is Matilda III, a four-year-old rag doll cat who is the darling of guests and staff alike. She is the tenth feline-in-residence at the hotel. Like all of the cats, except that first one, she was adopted from a local shelter.

While Matilda has the run of all of the non-food areas of the hotel, she prefers to waltz around the lobby to keep an eye the comings and goings of the guests. She likes to hang out on the luggage carts, behind the computer on the front desk, or occasionally even on a sofa. She receives a sizable amount of fan mail. 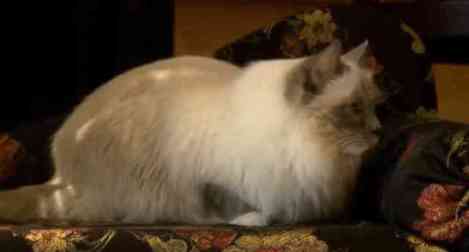 The executive assistant for the hotel also holds the position of Chief Cat Officer and makes sure that Matilda is well-cared for. She also helps Matilda keep up with her Facebook and Twitter accounts, as well as responding to emails. (matildaalgonquincat@algonquinhotel.com)

Matilda's life hasn't been all tuna and catnip. A couple of years ago she was banned by the health department after a complaint. Once they investigated she was returned but was no longer allowed in the dining rooms or kitchen. She is now kept out of those areas thanks to an invisible fence.

One of THE events of the year in New York is Matilda's birthday party. In 2002, Matilda II made a dramatic exit from her party by dashing across the cake and leaving little frosting paw prints behind her as she headed for the door. She was apparently just not in a party mood that evening.

How to Explain a Pet's Death to Children
Salem Saberhagen: The Ultimate Halloween Cat
PetsLady's Pick: Stylin' Halloween Cat Of The Day
Animals In The Time Of Cholera vs Covid-19
Comments